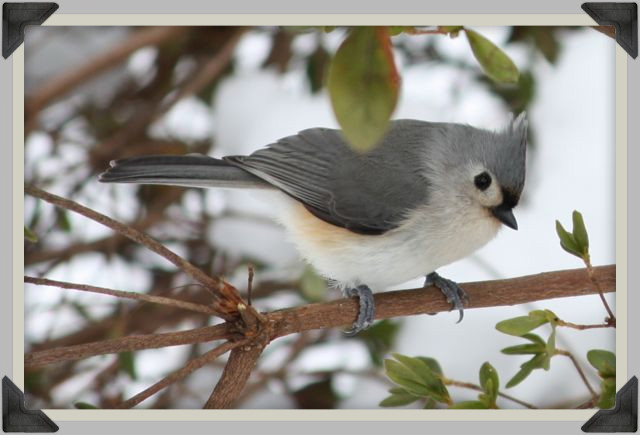 I realized that if I had to choose,
I would rather have birds than airplanes.

I read a lot of press releases every day for a lot of reasons. Usually I just take note of a company name or a post idea, but I thought this one was cute and worth sharing 🙂

Wild birds may not really be in a humorous mood as they look at what lies ahead for them this winter. So BirdFeedersPlus.com has developed a Top 10 List to draw attention to their plight. It’s intended to be a tongue-in-beak, bird’s- eye view of what they’re probably tweeting about this Christmas season. However it is a serious matter to wild birds trying to make it through the difficult weather conditions they’ll be facing. Humans can make a difference in improving their chances of survival by providing them with food & water.

TOP 10 Reasons to Care For Wild Birds this Winter
–from a birds’ eye view:

10. Have YOU ever tried bathing in the snow?
9. Spring is HOW far away?
8. WE should get some credit for being the FIRST ones to start the “tweeting” craze – and we did it without cell phones
7. It’s not like we’re asking for steak & potatoes – just seeds would be fine (plus some heated water)
6. We don’t have fur coats like our other outdoor companions
5. You think we LIKE those stupid unheated houses with one little hole & no windows?
4. We’re your feathered friends!
3. How would YOU like to go months without mating?
2. You think YOU hate cats!
1. It’s still politically correct & you’ll be a better person for caring about us.

(This is me writing again.)

Birdfeeding in winter is hugely rewarding, especially for kids. The bare branches on the trees make birds easier to spot, and since normal meals aren’t as abundant (insects, berries), they’re much more willing to visit feeders close to your house.

Learning bird identification hones observational skills and critical thinking; invite your kids to research their backyard birds, sketch them or graph their finds for bonus educational boosting. Journal bird sightings and then bring the journal back out next year to predict when your favorite birds will reappear.

But mostly backyard birding is a good way for kids to become familiar with the way that nature depends on our care… and the way the lively lilt of a bird’s song and happy tilt of its head make our own lives richer.

It doesn’t take much. There are tons of tutorials on DIY birdfeeders from upcycled materials, and storebought birdfeeders and baths make lovely holiday gifys that keep on giving. But really, it can be as simple as seed tossed outside your window.

Seriously, try it. You’ll be amazed at how checking in every day lifts you from your seasonal stress.

Are you a birder? Do you set out feeders in winter? 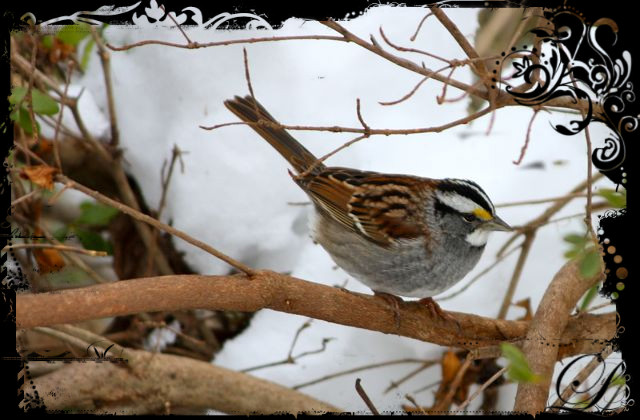 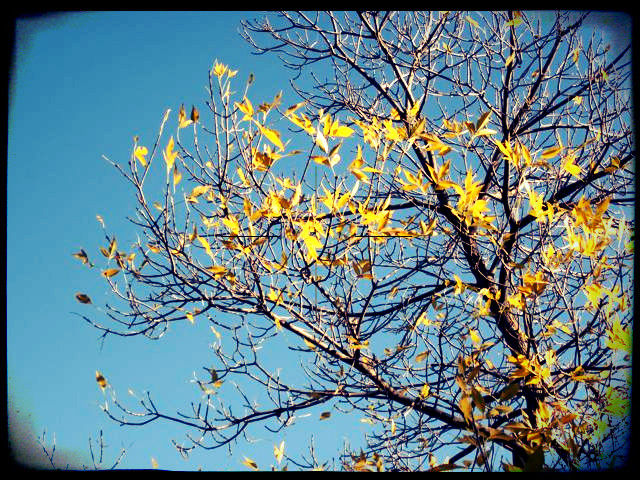 Forests are the lungs of our land,
purifying the air and giving fresh strength to our people.

I want to talk about tree farms for a hot second.

This came up in conversation a while back when I was discussing Christmas trees within a group on Facebook. Basically, the debate was over whether an artificial tree was the better option because it could be reused a number of years, as opposed to resources being used to grow trees that are then cut and soon after disposed of.

I think this is a pretty common misconception, or at least common enough that I feel compelled to write about it. But as I see it tree farming— the growing of trees as a crop to be used, whether to make paper, lumber or decorative indoor shrubbery on which to hang tinsel— is actually a pretty good thing for the environment.

This is, all by itself, a very solid argument in defense of tree farming. Trees store carbon and produce oxygen; managed trees produce less carbon from decaying plant matter. And tree farms are continually planting new trees to replace the ones cut down, to remain sustainable.

Humans: they’re everywhere. And they’re edging wildlife out of their natural habitat. With every parking lot and superstore and road built to accommodate the ever growing population, it becomes harder for animals to move from green space to green space. Tree farms are a place that local wildlife can pretty much depend on to continue to provide shelter for years to come, and in some cases have helped animal species rebound from the brink of extinction. (Obviously, federal wildlife refuges serve this purpose too; the difference is that tree farms aren’t necessarily government owned.)

Treed areas are good for human health too.

Tree farms mean more trees. It’s important to protect existing forests, but the addition of more tree farms means more people in the presence of trees and a host of associated mental and physical health benefits. Even being able to view a treed horizon from your bedroom, office or car window can make a difference.

Here’s a handy dandy infographic on tree farms; it’s interesting how it reframes the why of recycling paper.

Your thoughts on tree farming and paper recycling? 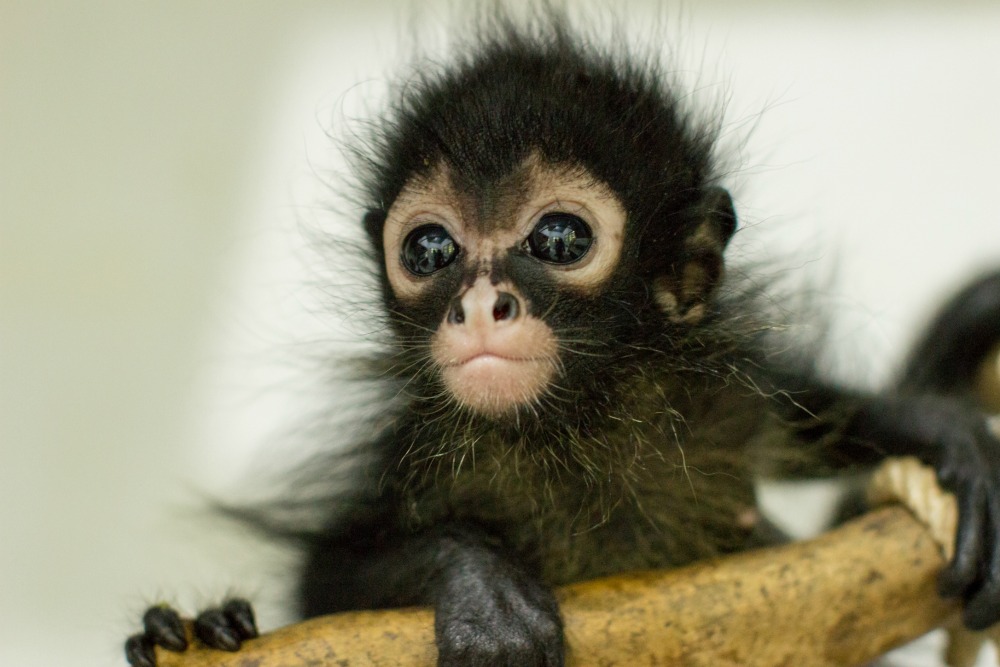 Living wild species are like a library of books still unread.

Our heedless destruction of them is akin to burning the library
without ever having read its books.

I barely watch any TV these days. Jeff does, and he favors PBS, and so that’s what’s generally on when I finally force myself to go to bed at night.

All too often, that means I happen to be dragging my overtired carcass into bed when Nature is on, and, well, that means tomorrow morning is gonna be rough because I am physically incapable of switching off an episode of Nature.

Action thriller? Meh. Murder mystery? I can google whodunnit tomorrow. A year in the life of a moose calf? I’m on the edge of my seat and (cough) maybe crying a little bit.

Anyway, tonight is the season finale, which means I can watch at a decent hour and still be functional tomorrow. 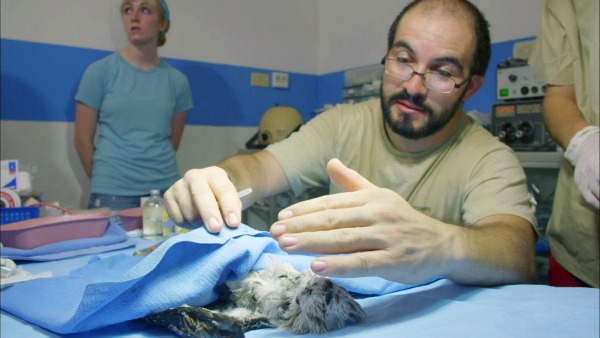 YOU GUYS. Baby Northern Potoo Bird on the operating table. I am unable to can.

Tonight’s episode (Wednesday, May 18th 8om ET on PBS) is Jungle Animal Hospital, which follows jungle veterinarian Alejandro Morales, his zoologist girlfriend Anna Bryant, and their staff and volunteers for a year as they try to rehabilitate and prepare all types of wildlife for a return to the wild.

Deep in the Guatemalan jungle, there’s an organization whose staff works around the clock to try to save and care for injured, orphaned and endangered animals brought to its facility from all over the country. This rescue center, known as ARCAS, is at full capacity with over seven hundred boarders of all shapes and sizes, chiefly victims of the illegal pet trade. However, the team still tries to accommodate additional rescued animals arriving daily. 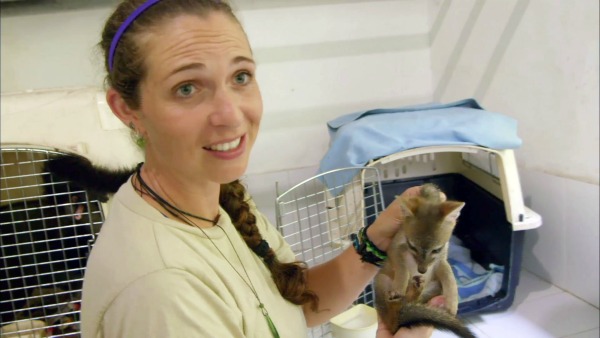 I can’t even handle the level of cute and amazing and awe of the work these people do, just from these photos alone. It’s going to be something else watching it all unfold over an hour.

Yes, I am really like this in real life. 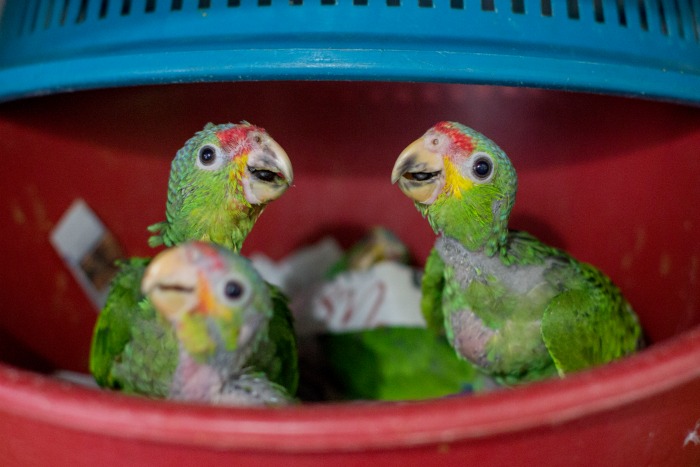 The episode will include 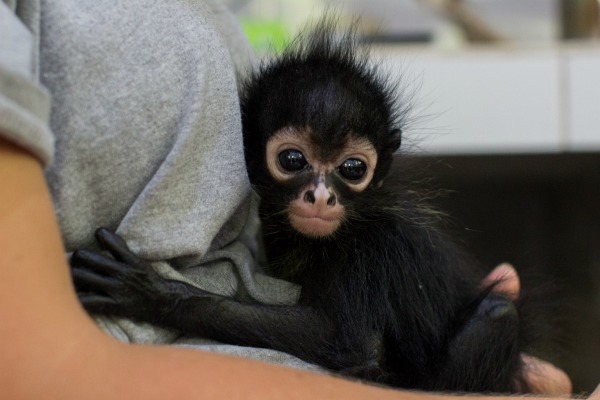 Important adorable detail: the spider monkeys and scarlet macaws are fitted with satellite collars to determine if they are succeeding in the wild

After the broadcast, the episode will be available for limited online streaming at pbs.org/nature. You can also find filmmaker interviews, teacher’s guides and gifs there.

Trust me on this one.

You want to go check out the gifs.

Nature pioneered a television genre that is now widely emulated in the broadcast industry. Throughout its history, Nature has brought the natural world to millions of viewers. The series has been consistently among the most-watched primetime series on public television.

Nature has won more than 700 honors from the television industry, the international wildlife film communities and environmental organizations, including 16 Emmys and three Peabodys. The series received two of wildlife film industry’s highest honors: the Christopher Parsons Outstanding Achievement Award given by the Wildscreen Festival and the Grand Teton Award given by the Jackson Hole Wildlife Film Festival. The International Wildlife Film Festival honored Nature executive producer Fred Kaufman with its Lifetime Achievement Award for Media.