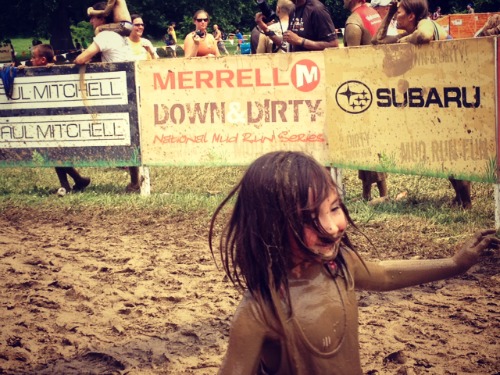 the world is mud-
luscious

from “in Just” by e e cummings

But before we did this… 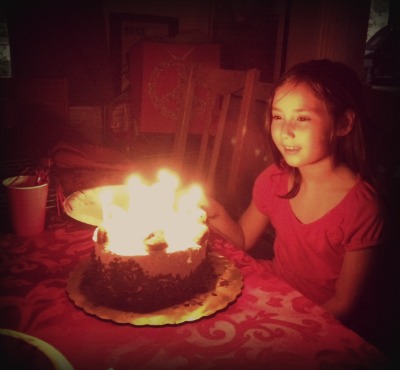 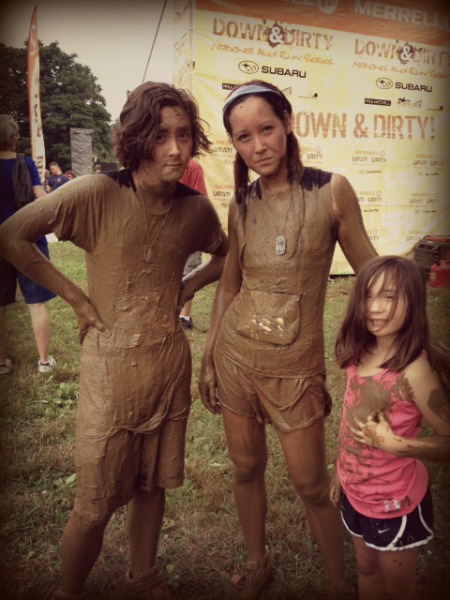 Jake and I ran the Merrell Down & Dirty Mud Run 5K. I was, frankly, a little nervous about this one; I presumed the obstacles would be a bit more difficult and I haven’t been running quite as much in the heat and humidity.

We got there way early. Like with the Color Run, we’d already picked up our race packets the day before, but it really wasn’t necessary. This race was a well-oiled machine. Parking was easy (and free!), the shuttle didn’t take long, and there were no lines anywhere. We spent over an hour just waiting for the start gun. 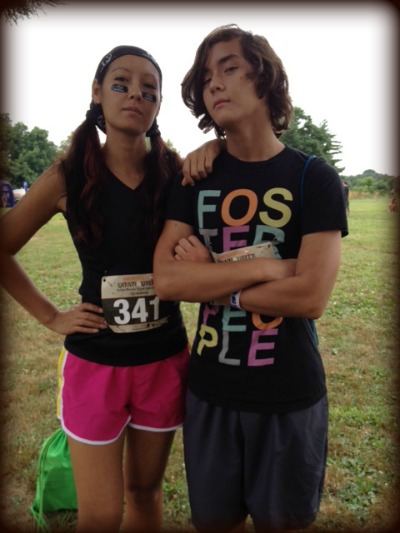 In actuality, the obstacles weren’t terrible. There were several walls to go over, but plenty of footholds. The girl next to me went down at the rock wall, which made me nervously check to make sure the dude who assured me “you got this, and I’m right behind you” was still there… nah. He had totally gone on to spot someone else. I was very careful swinging my muddy foot to the other side. There was another wall that you had to pull yourself over using a rope— I’m not so sure I would have found that easy 6 months ago, but it barely slowed me down.

The best was a giant inflatable rope wall obstacle. The other side was a VERY steep slide that would normally have been daunting for me, but I was so happy to be done climbing the rope on the shifting inflatable that the slide was a relief. 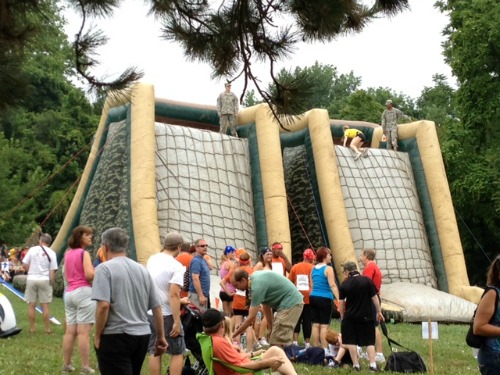 The only injury I got was from entering a mud pit a little overzealously… the liner is held down with big rocks and I slammed my knee into one. 10 days later and it’s still a mass of black and blue (and a little bit of green, now).

The run itself was another story. The course ran through Fairmount Park and was hella hilly. We took it pretty easy on the hills, pretty much walking up and then running down.

Stupid, in hindsight, because a) turns out it hurts just as much running down hills as up and b) we lost all speed once we went through a mud pit. Our shoes were full of gravel and weighed fifty pounds. We should have run our butts off while we could, in the beginning.

It was fun, but it was definitely a challenge, and I really felt like I accomplished something when we were done.

(YES, I KNOW that people run 5Ks all the time, as someone helpfully pointed out to me afterwards, and maybe it’s a little silly to be so proud of it. I run 5K a couple times a week, after all. This run tired me out, made me feel strong, and that made it worth the early wakeup and the drive. And I suspect it may be something you only “get” when you run too.)

Paul Mitchell was offering $15 hair cuts for charity, so Jake got his hair did while we tried to get some food. Sadly, they had run out of meal tickets for purchase (!) so we had to split our two that came with registration amongst all 5 of us. Some of us handled that news better than others.

Then it was Cass’s turn in the Kids Adventure Run.

Once they had corralled all the kids by age (Cass’s division was 7-13), parents were to leave the corrals. A LOT of kids were not happy about that… Cass was awesome as usual and befriended some girls who were scared and crying. By the time their wave hit the start line they were all smiles. 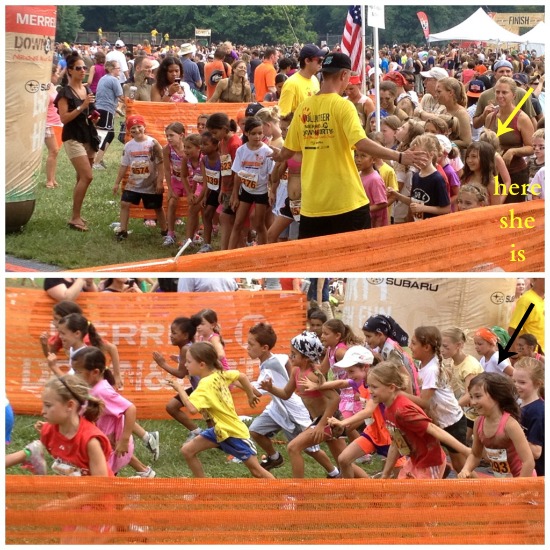 Cass ran the course in just over 11 minutes, in spite of losing a shoe in a mud pit and having to go back in for it. She’s fierce. 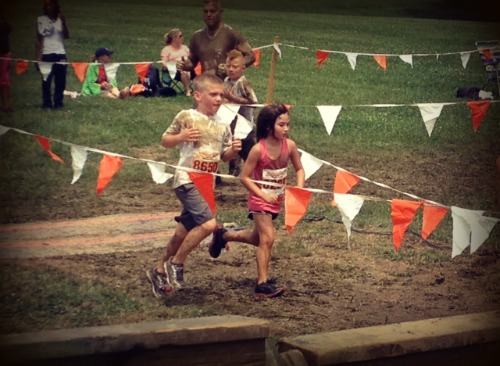 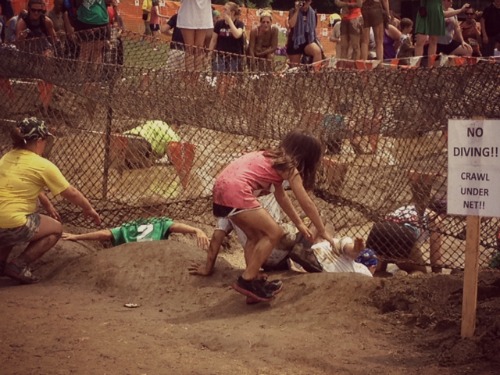 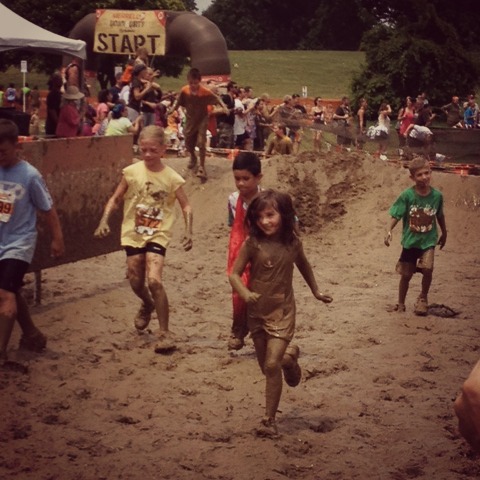 Kid was seriously muddy. She looked like a dirty dwarf.

But LOOK at that smile. 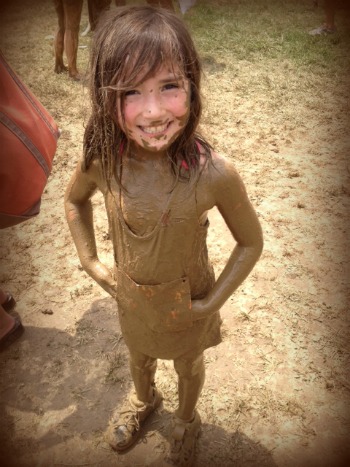 Some tips for mud runs and kids’ mud runs in particular: 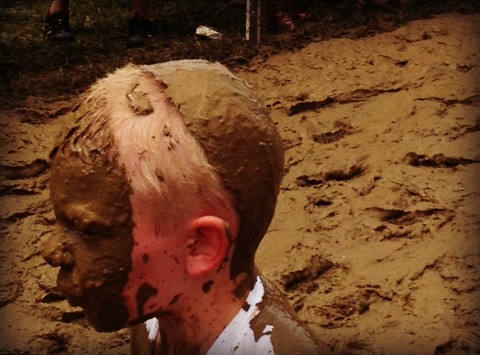 It was seriously a wonderfully empowering experience for those of us that ran. Not to mention getting muddy is just plain fun.