You are here: Home / Conscious Consumerism: Shopping & Reviews / Ollies Blocks and the Building Blocks of Creativity 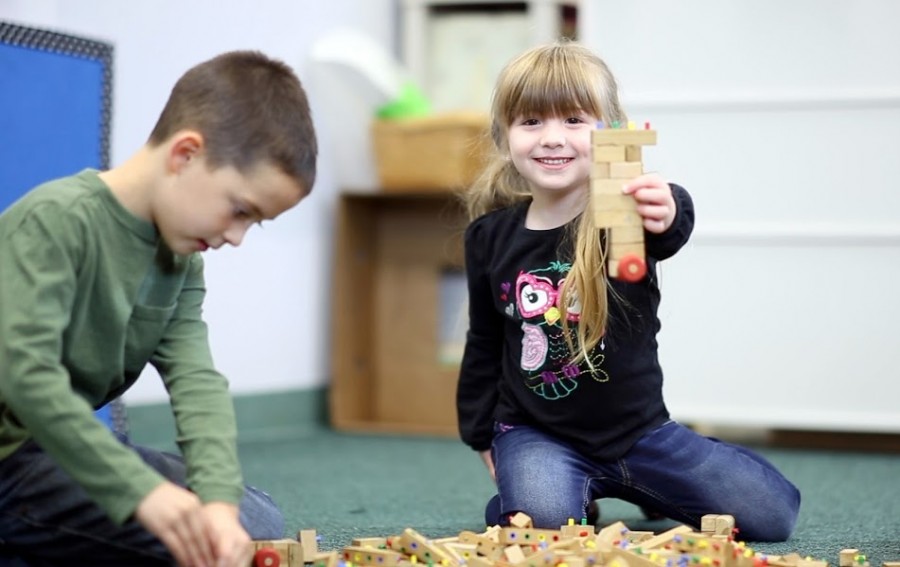 Children must be taught how to think, not what to think.
― Margaret Mead

There’s lots of jokes about how your parenting changes from your oldest child to your youngest, but I think for me the most dramatic change was in the stuff I chose for them to play with. Jake, being our first child and also the first grandchild, was admittedly pretty spoiled; his first Christmas (at six weeks old, he slept through the whole thing) was an embarrassment of excess, including not one, not two but three of that year’s coveted Tickle Me Elmo doll. He had tons of toys, all of which seemingly lit up or made noise or moved all around but certainly required batteries. Most of them carried some claim of having educational or developmental value.

Then Maverick came along, with an obsession for cars and trains and puzzles and Play-Doh and things like Lego and Bionicle that had a million parts and exacting instructions for how they were to be put together. We had bins upon bins of these things. It was an explosive plastic nightmare that we stealthily packed up and hid away while we were preparing to sell our house, never to be seen again.

With Cass, we took a far different approach, and it’s influenced the gifts I choose to give other kids now.

What that means is that Cass had fewer toys than her brothers by a looooong shot, but they’re still around for her younger cousins to play with when they come over, and eventually we’ll give them a good cleaning or sanding down and hand them off. And it meant that most of those toys were of the building variety: high quality block, magnet, gear, circuit sets.

Construction sets are the building blocks of creative and critical thinking. They help teach kids how to think. Kids have to conceive of something to create, and then break down the steps that will take them there. Fine motor skills and hand to eye coordination are strengthened. Patience is practiced through ongoing, low pressure trial and error. Balance and gravity are tested. Relative sizes are eyeballed and confirmed. There’s a lot going on here, and at the end you have a finished product you can display or, satisfyingly, take apart knowing you can always do it again later.

Plus they are age and gender neutral! Building sets are simply a lot of bang for your buck. 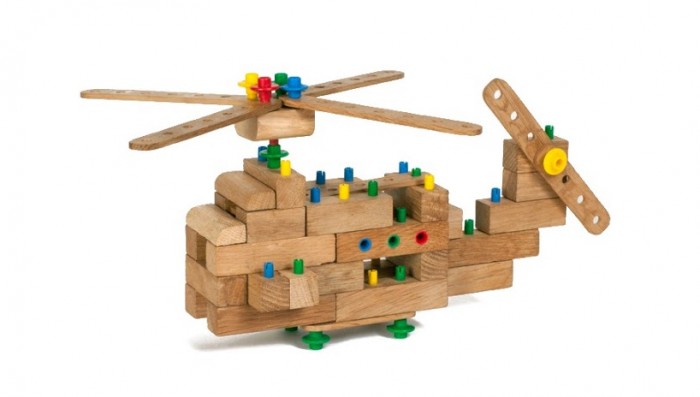 Ollies Blocks are made with high quality oak wood— sourced from surplus direct from wood artisans whenever possible— combined with durable interlocking plastic pegs. To me they are reminiscent of Erector sets (the good ones from when I was a kid, not the plastic versions available now) but less painful underfoot and much more pleasing to the eye and touch.

Ollies Blocks are actually a reboot of another construction set from that time. (Like the music from the 90s, I’m convinced I lived through the golden years of toys. It’s not nostalgia, they were just the best eras for toys and music PERIOD.) “Yael’s Wooden Toys” were manufactured by Ollies’ founder Haran Yaffe’s father, and named after Haran’s sister. Now, Haran and his father are bringing the family blocks back for a new generation to enjoy, and they’ve been renamed for Haran’s daughter Olivia. Which is a detail that I find irresistibly adorable. 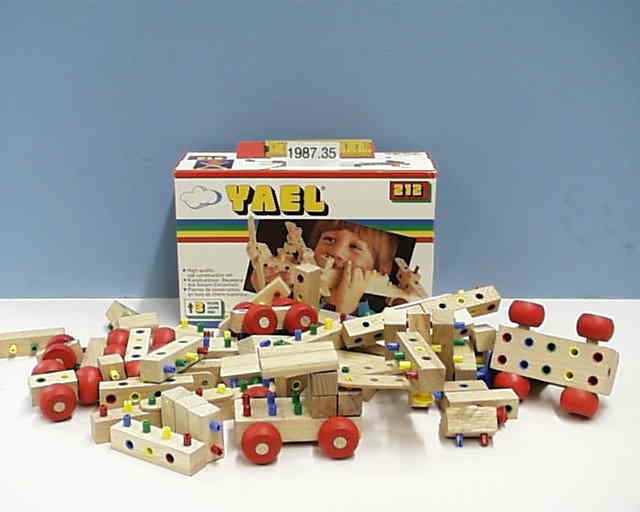 Ollies Blocks are currently at the Kickstarter stage with a little over two days left to go. They’re reached their Kickstarter goal, so you know if you jump in to back now you’ll receive your blocks! The estimated delivery is set for September 2016— just a few months away, and well before Christmas. The prices are on par for a quality construction set, with a few awesome tiers (for instance, if you donate a 50 piece set to a hospital the company will kick in a bonus 25 pieces).

Not to tell you what to do or anything, but I think I’d personally spring for the 200 piece set for $149 and break it up between a couple of kids; like most things the prices get better the bigger the set you invest in.