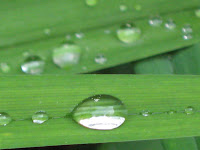 Jeez, with a title like that, who can resist?

is a book that most everyone has heard about; even my seven year old knew about Rachel Carson, the spring without birdsong, and the effects of DDT on eagle’s eggs.

It is comprehensive and admittedly somewhat exhausting; Carson explores the hazards of pesticide abuse from every conceivable angle, with the chemical, biological, and historical research to back her every step of the way.

Some fast soundbites that made my hair stand on end:

The whole book is like that. It’s scary and infuriating.

It’s important to bear in mind what a radical idea Carson was setting forth at the time that she wrote Silent Spring. Chemical companies asserted that the pesticides they provided were tolerable within limits; Carson countered that there were no satisfying studies that explored the long-term effects that occur when varying chemicals accumulate residually in the body, and more frighteningly, begin to interact with each other on a cellular level.

While DDT and other pesticides like it have been banned, I think this alarm should still be sounding: why aren’t people more concerned about the residual, cumulative, interactive qualities of the chemicals we willingly expose ourselves to everyday? In our cleaning products, our foods, our clothing, our water, our car upholstery…in short, in everything.

From Afflenza: The All-Consuming Epidemic

Why don’t we hold the companies that produce these things more accountable? Why don’t we demand stronger regulation? Why doesn’t everyone buy organic whenever possible? Why do we turn our heads and hold our breath and hope the problem will go away?

Rachel Carson was also a female scientist in 1962, writing a scientific thesis in the form of an emotional appeal to the public at large. Chew on that for a moment.

“To identify the person whose views you are quoting is, according to this reviewer, name-dropping….My critic also profoundly disapproved of my bibliography. The very fact that it gave complete and specific references for each important statement was extremely distasteful to him. This was padding to impress the uninitiated with its length.”

Consider also how she was leaving herself open to public ridicule from her field: using the imagery of dead robins to compel the masses to take notice. Scientists were supposed to be objective observers, writing technical, scientific essays for other eminent scientists. I’m sure that many dismissed her work without even taking the time to examine it, as the treacly overwrought passions of a woman. “Oh, dear, the poor birds.” As Carson herself articulated,

“One obvious way to try to weaken a movement is to discredit the person who champions it.”

This attitude seems familiar today as well; some people dismiss the environmental movement by undermining the science- for example, 14% don’t think global warming is an issue, and another 23% aren’t sure– and others prefer to cast environmentalists as treehuggers, bleeding hearts who just like to find issues to preach about.

The point that I am making is that Rachel Carson didn’t care about that. I think people are waiting for another Martin Luther King, another Gandhi, another JFK, someone who is going to be the spokesman, the leader. Rachel Carson looked at the world around her, identified a problem, defied the condescension of her peers, stepped up proudly on her soapbox, and spoke compellingly from her heart to everyone that would listen.

And people responded. A movement was born.

What we can learn from Rachel Carson is the importance of our voice, as individuals.

We achieve nothing if we do not appeal to everyone- every person- to take a look at the world around them and observe the changes that are undeniable.

To compel them, through the example of our actions and the strength of our convictions, to step up.

To see the interconnectedness of all things, to demand action and accountability.

Mankind has gone very far into an artificial world of his own creation. He has sought to insulate himself, with steel and concrete, from the realities of earth and water. Perhaps he is intoxicated with his own power, as he goes farther and farther into experiments for the destruction of himself and his world. For this unhappy trend there is no single remedy- no panacea. But I believe that the more clearly we can focus our attention on the wonders and realities of the universe about us, the less taste we shall have for destruction.
–from a speech Carson gave in 1954 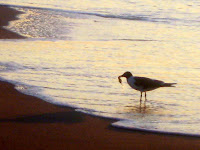 For the purposes of the Bookworm Challenge, I would rate Silent Spring

4 out of 5 stars for its historical context, and recommend it to the “deeply green”.

For the “not-quite-as-hardcore-green”, I would recommend Lost Woods: The Discovered Writing of Rachel Carson

, a collection of excerpts from Carson’s essays, published writings, letters, notes and speeches. This book captures her intelligent spirit in manageable bites without having to slog through the sometimes dry scientific analysis of Silent Spring.

For parents, I highly recommend The Sense of Wonder

. The subtitle reads, “Words and pictures to help you keep alive your child’s inborn sense of wonder, and renew your own delight in the mysteries of earth, sea, and sky.” This was one of Carson’s essays, first published as “Help Your Child to Wonder”, which she had intended to expand into a book; an inspiration to revisit the natural world through a child’s perspective. This particular edition is an oversized hardback, includes lovely photography, and is appropriate for sharing with a grade-school-aged child; I think I may start giving out copies as birthday presents, or maybe end-of-year gifts for teachers.

, but am liberally peppering his words throughout everything I write; what an inspiration this man is to me. I would guess a formal review of his life and essays will be ready sometime mid-July.

Thankfully, the Bookworm Challenge has been extended for as long as we bloggers want to keep on reading, and the resulting reviews, thoughts, etc. now reside at their own site, The Blogging Bookworm. Inch through the stacks, or join in on the fun.

I really feel that it’s done me no end of good. I’ll keep reading no matter what (like anyone could stop me!) and I’ll keep blogging about it until the overwhelming majority petitions me to stop.

What should I read next? Taking suggestions for late July and August…