You are here: Home / Everything Else / How Toxic is YOUR Kids’ School? 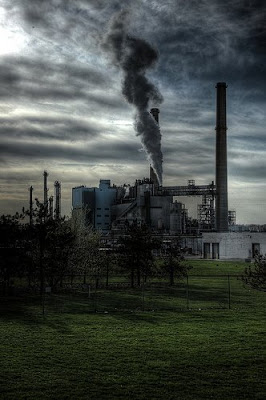 “In some school districts, emissions from the smokestacks of refineries or chemical plants threatened students of every age, preschool through prom. Outside those schools, reports from polluters themselves often indicated a dozen different chemicals in the air. All are considered toxic by the government, though few have been tested for their specific effects on children.

Scientists have long known that kids are particularly susceptible to the dangers. They breathe more air in proportion to their weight than adults do, and their bodies are still developing. Based on the time they spend at school, their exposures could last for years but the impact might not become clear for decades. “

These are the places that we send our children to learn. We trust these schools to keep them them safe.

In Delaware, where my daughter attends preschool, there are no regulations on school siting.

In fact, the preschool my boys attended is rated in the top 25% of schools for toxic chemical exposure. How does your school rate?

It makes me ill. Here I am, cleaning with my baking soda and vinegar, scraping pennies together to be able to afford pesticide-free produce, for the sake of keeping my kids chemical free. Out here in my house in the middle of nowhere, where we moved in the hope that leaving the city and its pollution behind would ease my child’s allergies and asthma.

The exposure to toxic chemicals in the air at some schools is so high that students are at risk of suffering a range of ailments, from asthma to cancer.

Children are more susceptible to contaminants when their bodies are young and developing. To what extent has the damage already been done?

I’m angry and frustrated and I feel like my small efforts are pointless.

Pollution and chemical exposure- it’s everywhere. It’s inescapable. Especially here. I live just outside the chemical capital of the world.

Why has our government neglected to protect our children? The EPA- why have they failed our children? Why the hell do we pay taxes, anyway? Flipping automotive bailouts?

Why is pollution not taken more seriously?

What can I do?

The fact is, this article is not entirely shocking. On some level I already knew all this.

Now that my fears have been confirmed, what will I do?
What can we, as parents, as human beings, as citizens of a nation, do?

Silence is acceptance and this is unacceptable.

So, we get noisy. We write letters and we make phonecalls. We make our voices heard, join those voices together, create a cacophony until something gets done to quiet the unrelenting din.

The Center for Health, Environment and Justice has an action page set up to help us get started. Talk to other parents and get them involved. Write your newspaper, your school board, your Congressman, the damn EPA.

Our children are immediately at risk. But ultimately, pollution and chemical exposure is a problem that affects us all.

We have to do something.