You are here: Home / Everything Else / Philadelphia Zoo Pt. 2: McNeil Avian Center 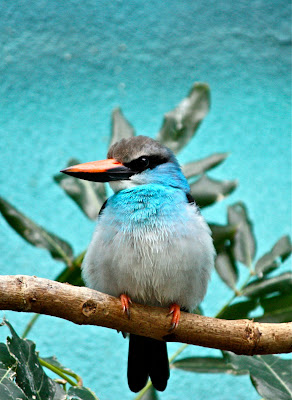 I hope you love birds too.

It is economical. It saves going to heaven.

Now, had it been up to me, I think I could have happily passed all four hours at the zoo in the McNeil Avian Center. Usually it’s quite crowded and you get a bit of that “cattle drive” feeling walking through it– just keep moving or you’ll be trampled.

On this post-snowpocalypse windy day, though, the place was nearly empty, and nice and cozy and warm. The birds were braver and landed on branches just overhead, as if to get a closer look at you.
I think this fierce little guy is a Kingfisher of some sort. Isn’t he cute? I wanted to toss him in my pocket and take him home with me. 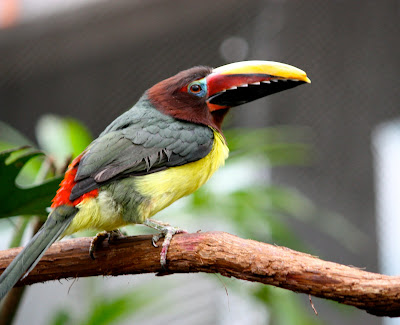 The children were delighted by the dental work on this one.
I was less inclined to want to throw him in my pocket.
I’m sure he has a lovely personality and all… in my mind he has a voice like Gilbert Gottfried and he’s doing vaudeville routines. 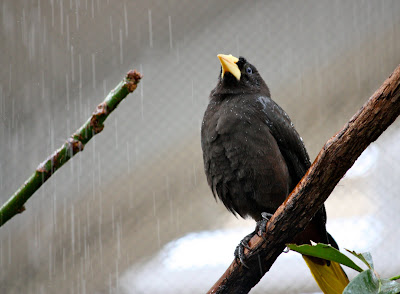 At one point the birds got to take a shower, which made them all happy and dance-y.
I do like a nice shower myself.
(Side note: Cassie’s favorite zoo thing is the flamingo exhibit, so we had to head there first. The flamingos were inside, obviously, in a building with lots of windows. They were also getting a shower, and they were dancing like crazy. Flamingos know how to party.
The National Aviary in Pittsburgh has a program called the Flamingo Connection where you can get into the exhibit, and the flamingos will come and check you out; if you’re lucky they will preen you. There’s also a Penguin Connection. I’ve already had the chance to pet a penguin, but I think the kids want to as well, cheeky things. I see a trip to Pittsburgh in the near future!) 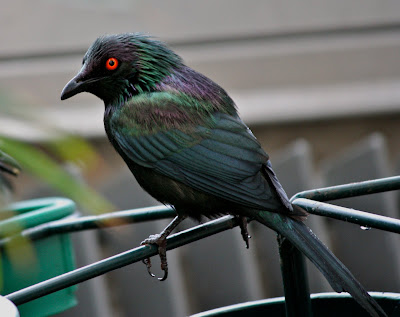 This one has a hairstyle similar to Jacob’s, overstyled and spiky.
If we dyed Jake’s hair green and purple I’m sure the resemblance would be uncanny. 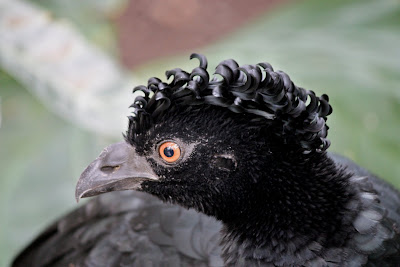 Check out the mohawk on this one!
I wanted to touch the curls on his head- they look like they could feel like curls of chocolate, or the curly waxy petals of a hyacinth- but apparently they frown on that sort of thing.
Sigh. 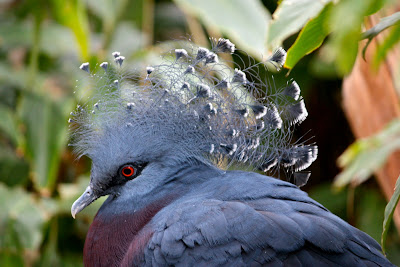 Another awesome hairstyle. This makes me yearn for the 80s.
This is the Victoria Crowned Pigeon, by the way.
Next time I’ll bring a notebook and try to match up all the names with the faces. 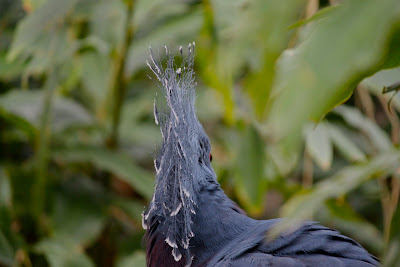 If I remember correctly, this effect is achievable with egg whites, Elmer’s Glue, and a hair dryer.
Or Rave #4 in the pump bottle. Do they still make Rave hairspray?

Another round of snow expected today… and better arrive, to justify the kids being off school.
They’re calling it a “snow hurricane,” which feels like overkill given the NOTHING that is sticking at the moment. But if we do get snowed in and get bored we can try on bird hairdos… beats playing another 100 rounds of Connect Four!
Stay warm, stay sane! How many days until spring?