There are only two lasting bequests we can hope to give our children.
One is roots; the other, wings.
-Hodding Carter 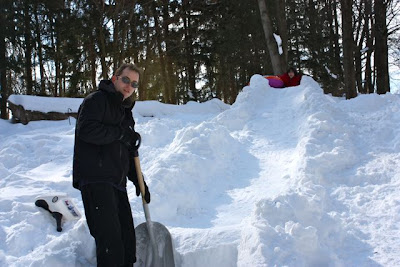 For my Valentine’s Day present, Jeff cleared the deck of snow so I could start hanging laundry again.

For the kids’ Valentine’s Day present, he took that snow and built a sled run named “The Terminator.” 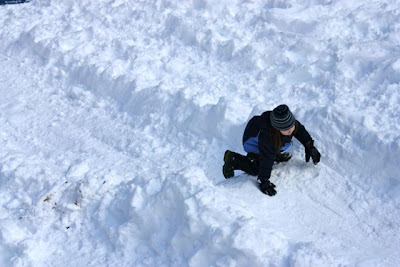 The snow we got this month was fairly light and fluffy, so all of this had to be packed down and then built up. A labor of love to be sure, and certain to still be here for weeks to come, getting icier and faster all the time. 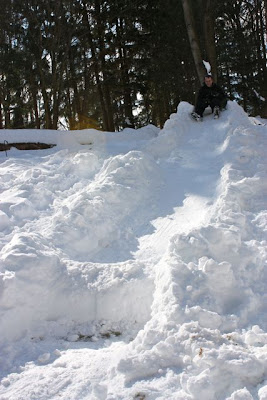 The sled run consists of a mens’ start with a steep slope, a ladies’ start some four feet below, and a jump high enough that it has to be climbed. It then winds down the rest of the hill. Jeff made me take a picture from the top, but it doesn’t look like anything. Just whiteness. So you’ll have to try to gain some sense of perspective from this photo- Jeff is at the top, I am at the jump, which is about a sixth of the length from the top.

The run is long. 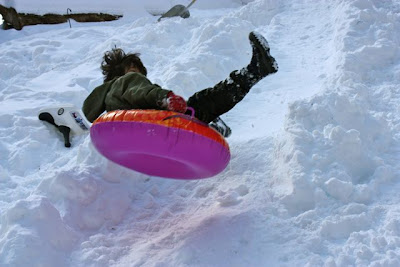 On to the games! Maverick catches some big air. Note the dramatic foot pointing. Bonus points. 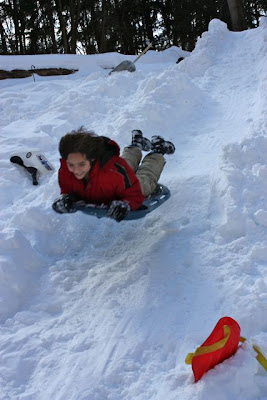 Jacob opts for face first positioning.
This was a risky decision that paid off with extra points for jump distance. 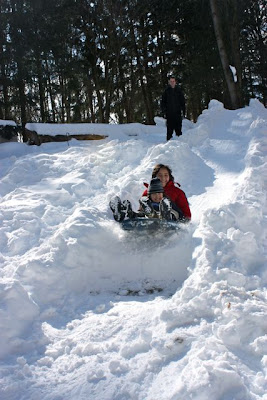 Here we have some team sledding. At this point Jeff decides we need to up the ante with the jump, so he crouches down so the kids can jump over him.

He declines a helmet.

I considered cropping this photo in tightly so you can see the expression on his face, it’s priceless. 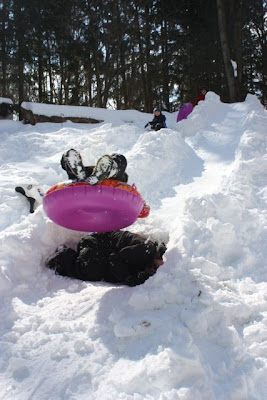 The obstacle jump was successful. No Eltons were injured. 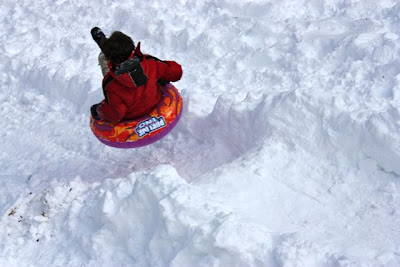 Have a great weekend! Get outside and play.