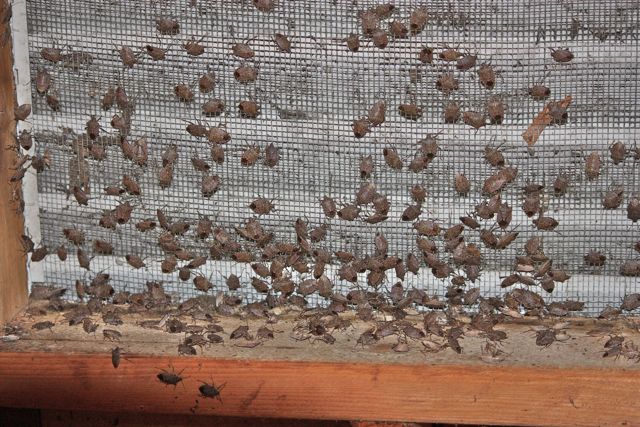 Most children have a bug period,
and I never grew out of mine.
Edward O. Wilson

Sure, we’d been hounded by the shield bugs for a while now, like most of Pennsylvania, and we’re pretty used to them, but this– this was epic.

“We’re expecting an epic year for stinkbugs,” said research entomologist Richard Cooper. “I’m just concerned that this won’t be big news until it’s too late for people. When they’re knee deep in stinkbugs,” he said, “they’re going to want to know what to do about it.”
-from Philly.com

The short answer is, there isn’t much you can do about it, other than seal off all possible entrypoints (a laughable exercise in futility in our centuries-old farmhouse). Once they’re in, vacuum them up or flush ’em down, but handle them carefully- they stink.

How’s the stink bug situation down your way? Dare you to go check your attic.