You are here: Home / Everything Else / Seven for Saturday: News You Can Use 4/23 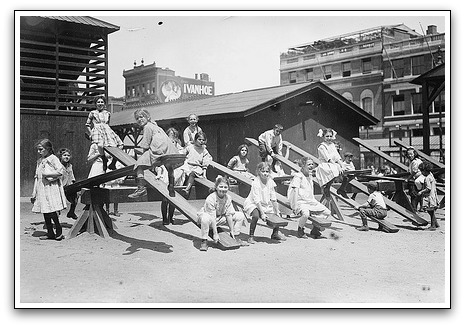 Life is either a daring adventure or nothing.

Security does not exist in nature,
nor do the children of men as a whole experience it.

Avoiding danger is no safer in the long run than exposure.

I skipped the local-things-to-do rundown since I figure people have enough to do, it being Easter weekend and all. But I can’t resist sharing my top picks for the week’s reading…

State bureaucrats have identified a potentially deadly hazard facing our children this summer – freeze tag. That’s right, officials have decided the age-old street game – along with Wiffle Ball, kickball and dodgeball – poses a “significant risk of injury.” Also labeled dangerous: Capture the Flag, Steal the Bacon and Red Rover; along with the more obvious archery, scuba and horseback riding.

Basically, if a program offers any “risky” activities it’s required to register as a summer camp (which carries a $200 fee) and is then subject to regulation, including having a plan for medical emergencies. That sort of makes sense, until you remember that this would apply to, say, the nice lady down the street who watches neighborhood kids while their parents are at work. And that a kid is more likely to be hurt while riding in a car. What this comes down to is how ridiculously litigious our society is, because if a kid did get hurt playing freeze tag at the nice lady’s house? No one would be shocked if his parents sued her. Mean people suck and ruin it for everybody.

“For the first time, we proposed you should never make unsubstantiated claims,” says Kohm, who expects the revisions to be finished by year’s end. The agency is warning marketers not to make blanket claims such as “eco-friendly” but to be specific.

OK, case in point. Federal standards for “organic” require “year-round access for all animals to the outdoors.” These chicken were in open-air screened porches and not able to forage freely in the sun— but that’s an allowed exception in California, due to practices intended to prevent the spread of Avian influenza. Obviously these chickens are doing better than factory-farmed chickens who are crammed in together and never see the light of day, but is that enough? There was no willful misleading, so are they at fault for carrying the label? Should there be middle ground, or is it important to keep standards tight? 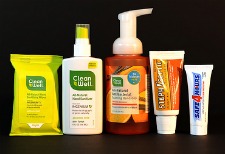 FDA is cracking down on companies that break federal law by promoting their products as preventing MRSA infections and other diseases without agency review and approval. “Consumers are being misled if they think these products you can buy in a drug store or from other places will protect them from a potentially deadly infection,” says Deborah Autor, compliance director at FDA’s Center for Drug Evaluation and Research.

The companies who make the products pictured have been officially warned to relabel or risk seizure or legal action. Soap and water, folks. Wash your hands thoroughly and often. It’s cheap and it works.

5. The Joy of Not Cooking

This article is mostly about how we’re spending more and more money on our kitchens and kitchen appliances/utensils even though we spend little time in them. It’s an interesting read, and speaks to the divide between our desires and our skill set, but this was what blew me away:

in the 1920s, the average woman spent about 30 hours a week preparing food and cleaning up. By the 1950s, when she was raising her family, that number had fallen to about 20 hours a week. Now, according to the U.S. Department of Agriculture, women average just 5.5 hours—and those who are employed, like me, spend less than 4.4 hours a week. And that’s not because men are picking up the slack; they log a paltry 15 minutes a day doing kitchen work.

I just don’t understand how that’s possible? Five hours a week? Talk to me, Goose. How many hours a week do you spend in the kitchen?

6. Obesity and Food Marketing to Children

…is it reasonable for food and beverage companies to spend hundreds of millions of dollars targeting children with marketing, mostly for obesogenic foods, placed literally everywhere and anywhere a child might eat, study, or play, and then demand that parents run interference against them?

I am continually shocked by the backlash when it’s suggested that certain establishments shouldn’t provide toys with their kids’ meals until the the meal is made healthier, and by the rancor of the people that Jamie Oliver attempts to help on Food Revolution. This article is a good roundup of all the ways marketers target our children; are we OK with this? Should advertising to kids be restricted, or is it solely up to us as parents to just say no?

7. Food Fight: Beating Processed Food Marketers at Their Own Game

The sheer number of sales messages launched at my kids was enough to qualify as brainwashing. In fact, studies have shown that the less healthy the food product, the greater the marketing assault. Yale’s Rudd Center for Food Policy and Obesity discovered that cereal having the least nutritional value and highest sugar content was marketed the most aggressively.

“But, Fruit Loops have fruit,” my son said.

One mom applies aggressive marketing methods to good foods. I don’t know how effective this would be for everyone but it’s a fun read.

This is the one I tried to link to last week, but the site was down due to heavy volume. The author noted the words used in TV ads during prime cartoon blocks and shows them in word clouds (the more frequently the word is used, the bigger it appears). “…[the] boys’ list included 658 words from 27 commercials… By way of comparison, I also looked at girls’ toys. The girls’ list had 432 words from 32 commercials.” 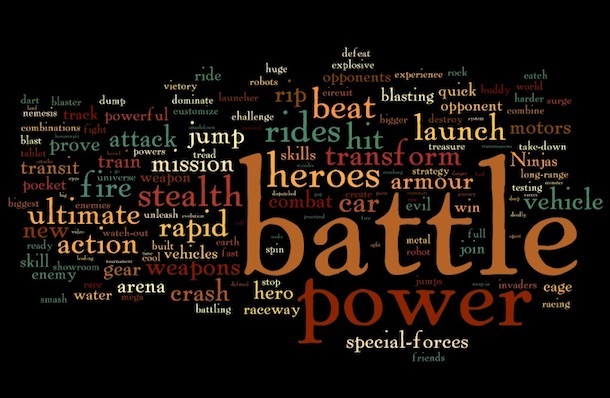 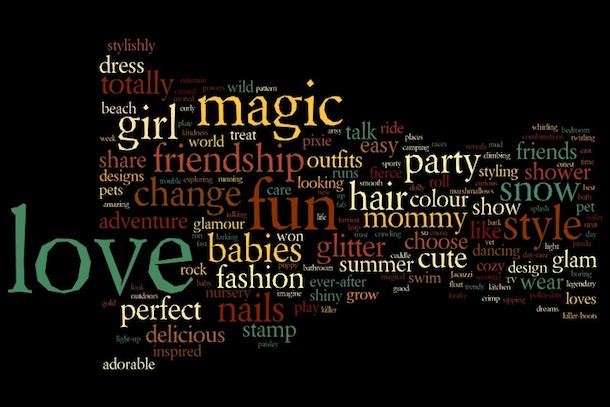 Does anyone else find it irritating that even the vocabulary used for girls’ toys is limiting? Anyway, check it out & make sure to read the comments too.

Yeah, you’ve seen it already, I’m sure. Does it matter? THIS IS THE BEST THING EVER.

Happy weekend! What good reads did you see this week?