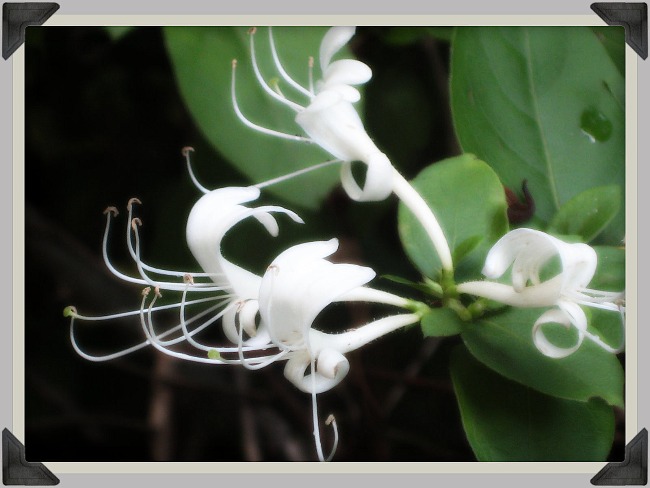 I plucked a honeysuckle where
The hedge on high is quick with thorn,
And climbing for the prize, was torn,
And fouled my feet in quag-water;
And by the thorns and by the wind
The blossom that I took was thinn’d,
And yet I found it sweet and fair.
Thence to a richer growth I came,
Where, nursed in mellow intercourse,
The honeysuckles sprang by scores,
Not harried like my single stem,
All virgin lamps of scent and dew.
So from my hand that first I threw,
Yet plucked not any more of them.

Summer is largely about scent to me: the scent of the bay as we arrive at the beach reminds me of crabbing with my parents and brother. The smell of carnival foods. The salt of the ocean.

One of my favorite scents of summer— deep, humid summer— is that of honeysuckle, concentrated in the humid air. It’s become something of a standing joke between me and the kids, that I can’t drive past a particularly dense patch of honeysuckle without rolling down the windows and breathing deeply. “Smell that honeysuckle,” I feel compelled to say, just as my father did, and sometimes my kids singsong it in unison.

We also love picking the honeysuckle flowers and breaking them open for the one tiny little pearl of honey to be had inside. It’s a little silly and doesn’t taste like a whole lot (the kids claim otherwise but that’s my story and I’m sticking to it), but still it’s hugely satisfying.

Especially when you come across a huge bush that’s easily accessible. 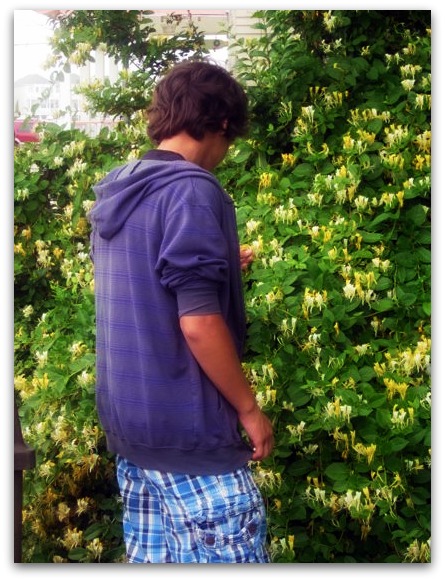 Just in case there are people who have never done this:

You pluck the flower and carefully break off the bottom of the trumpet. 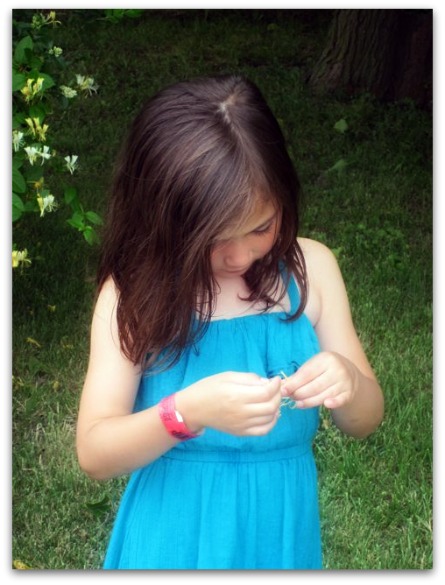 There will be a little thread sticking out, the pistil. Pull that through slowly. 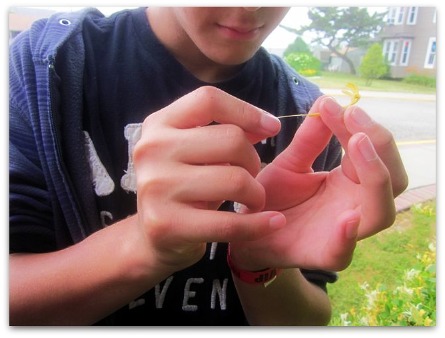 The pollen produced by the stamen will “hook” on the female parts and turn into nectar (or “honeysuckle honey”). 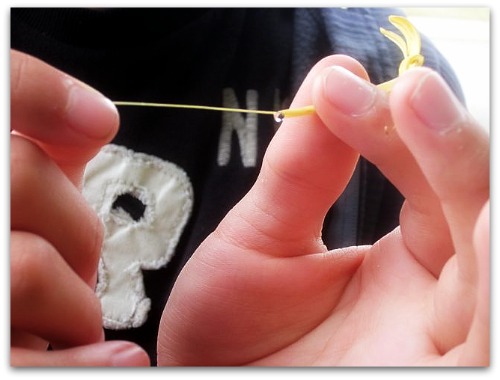 Now, if you were so inclined to grow honeysuckle and savor the scent all summer long in your own backyard: you should know that there is native honeysuckle (lonicera americana) and invasive honeysuckle (lonicera japonica). Both will take over your yard in no time without vigilant pruning, but native is preferable simply because it has evolved along with your backyard wildlife and is better suited to their needs.

There are over a hundred different types of honeysuckle, but speaking generally natives are colored in shades of red, orange and coral (hummingbirds will LOVE), while the invasives are those white bushes that you tend to see creeping alongside highways and whatnot.

And now, you.
What are your favorite scents of summer?