You are here: Home / Family, Parenting / Parks Are Good For Play. Parents, Not So Much. 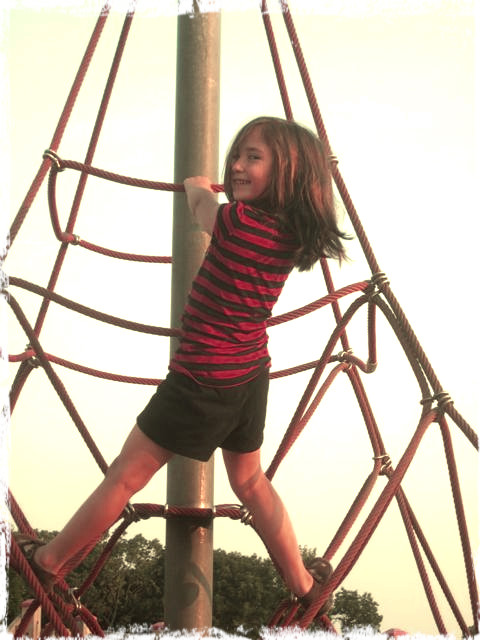 The very existence of youth

is due in part to the necessity for play;

the animal does not play because he is young,

he has a period of youth because he must play.

File this one under “this week in DUH”…

A newly released study suggests that hovering parents, over-concerned with their kids’ safety, stand in the way of active outdoor play. Which, in turn, cultivates learned habits and priorities that contribute to sedentary behavior and obesity, and a whole host of related health problems that really are something to be concerned about.

The study, which will covered in some detail in the September issue of the American Journal for Preventive Medicine, also came to these conclusions:

The object of the study is to find out what stimulates active play in public parks so that parks can be designed with these factors in mind (for instance, providing shady areas for helicopter moms to sit and give their kids some freaking room and freedom to be kids). Which is nice and I’m glad these studies are being conducted, but I find it really depressing that parents are letting fear get in the way of active outdoor play.

Fear of their kids being hurt.

Fear of their kids being taken.

And fear of just stupid stuff, like their kid getting dirty. I was at the park for soccer practice the other day, and there was a little girl happily doing these big long jumps, pretending to be a frog. And every couple of jumps, she’d hit a mud puddle, because it’s rained here for 40 days and 40 nights straight (or thereabouts). A fairly normal, active thing for a kid to do, right? An inventive, harmless way to while away 90 minutes while her brother played soccer?

I know you know where this is going. The second her mom realized what she was doing, she made her come over and sit down so she wouldn’t get her shoes dirty. “I’ve asked you a million times not to do that…”

What we need is a study letting us know how to not let the fear rule our lives. And ruin our kids’ childhoods.

Hey parents? Take your kids outside to play today. Somewhere where there are other kids. The more, the better.

And then back off and leave them the hell alone. It’s good for them.

For the record, I find the pictured rope structure terrifying. Which is why I always bring a book or a basketball to the park. She’s fearless, and I’d like her to stay that way.