You are here: Home / Books & Writing / I am a Walking Contradiction and I am OK with That. (Quiet: the Power of Introverts in a World that Can’t Stop Talking) 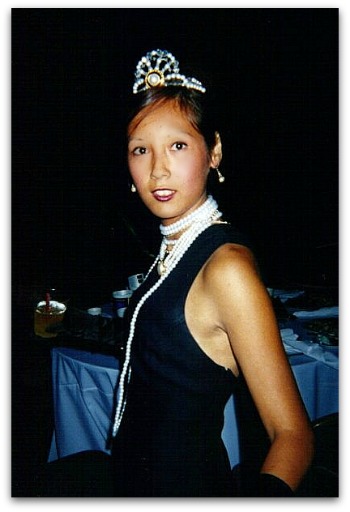 You once said that you would like to sit beside me while I write. Listen, in that case I could not write at all. For writing means revealing oneself to excess; that utmost of self-revelation and surrender, in which a human being, when involved with others, would feel he was losing himself, and from which, therefore, he will always shrink as long as he is in his right mind… That is why one can never be alone enough when one writes, why there can never be enough silence around one when one writes, why even night is not night enough.

Franz Kafka, as quoted in ‘Quiet: the Power of Introverts in a World that Can’t Stop Talking’

When I was young I was painfully shy. Excruciatingly so. I had a stutter, which presented a chicken or the egg sort of problem; no one could tease out if the stutter caused the social ineptitude, or whether social anxiety brought the stutter on.

Entering the school experience at kindergarten, I was subjected to testing after my first week to make sure I had all my mental faculties intact: I refused to speak or make eye contact with anyone. This resulted in me being allowed to skip kindergarten, as they discovered I could already read and write on a level many years beyond my peers.

Ridiculous. This threw me into a population of kids accustomed to schooling, who had already spent several years together through preschool and kindergarten. I withdrew further. Teachers universally clucked over my inability to talk. I was docked points for not participating enough in class. “She always knows the answer,” a kinder teacher informed my father (while I eavesdropped from the hallway). “She just won’t raise her hand.”

The next day I raised my hand, just to prove her wrong. I incorrectly guessed the country Columbus sailed for and the kid behind me snorted. I don’t think I voluntarily raised my hand again for years.

I was assigned to Math League, where you were given complex math problems to figure out silently and hand in on folded paper. I got nearly all of those right; I still remember and am pissed off about the ones I got wrong. I also did It’s Academic, a sort of team Jeopardy. I didn’t answer a single question the first 3 of 5 matches, even though I knew most of the answers. I couldn’t bring myself to push the buzzer.

The education system fails the introverted child. I don’t resent any of my teachers or my schooling, at all. If anything it brought me out of my shell as much as was probably possible. But the way schooling is structured is no good for kids who live in their own head. It caused me so much pain because I wasn’t performing the way I knew I was supposed to.

In junior high my father decided enough was enough and enrolled me in a Dale Carnegie class at the local tech college. With adults. There I was forced to learn the art of public speaking, and to this day, I am perfectly comfortable behind a podium or a microphone. The larger the audience, the more I grandstand and I assume the more arrogant I seem.

But walking into a holiday party where I know most of the attendees? Still makes me feel wretched, and small.

I’ve learned to ‘fake it until I make it,’ a sort of introverted survival tactic. Going to my best friend’s wedding reception— again, where I will know many of the people in attendance— was a terrifying experience. My way around it was to dress as Holly Golightly (Audrey Hepburn’s character in Breakfast at Tiffany’s), right down to the cigarette holder, tiara and wide-eyed vanity.

That’s right. Afraid of scrutiny, I went to a wedding reception in a ridiculous costume and spoke in movie-isms.

I communicate for a living. I write, often very personal and painful things, for as audience of strangers and friends alike. But I cannot write a word when my husband or son sits beside me. I’m paralyzed. I very much prefer an empty house, or waiting until all its inhabitants are very firmly asleep. (I write this now, as the clock strikes midnight.)

I am a community manager; I spend my days talking to hundreds of people I don’t know. I reach out. I banter. I talk talk talk talk talk. I hang out with a group of women that I consider friends every day in a virtual space. I try not to think about the day I have to meet them in a real, physical space. It makes me break out in a sweat.

My husband thinks I am outgoing to the point of obnoxiousness. In reality, I can’t sleep the night before a parent-teacher conference. I’m too busy plotting out what I can say in every possible scenario. It’s like the script I had to follow as a telemarketer, selling theater subscriptions: a tab to flip to in response to every excuse not to buy. Only I write these scripts in my head in anticipation of 5 minute conversations.

It bothers me. I feel like I am pretending, but I swear I’m not. Both of these people are fully me.

For the Left to Write book club, I read Susan Cain’s Quiet: the Power of Introverts in a World that Can’t Stop Talking. And every chapter was a revelation: that many introverts adapt in an attempt to succeed in a world that caters to extroverts. That Guy Kawasaki and Pete Cashmore identify as introverts. That the internet is truly a different social space:

Studies have shown that, indeed, introverts are more likely than extroverts to express intimate facts about themselves online that their family and friends would be surprised to read, to say that they can express the “real me” online, and to spend more time in online discussions. They welcome the chance to communicate digitally. The same person who would never raise his hand in a lecture hall of 200 people might blog to two thousand, or 2 million, without thinking twice. The same person who finds it difficult to introduce himself to strangers might establish a presence online and then extend these relationships to the real world.

It’s a relief to know that I share a common experience with other socially inept people. It feels trite to say, but seriously, I thought there was something wrong with me, that I still reverted to that shy, tongue-tied self. While many writers and bloggers I know will readily admit to having been shy or introverted when younger, they don’t volunteer that they remain so in real life. I suspect that maybe some of them are, like me, and yet loudmouth social butterflies in their virtual existence, like me.

The book is like that. Full of studies and tidbits that cause you to examine your own psyche, and personality. I want to know how an extrovert would experience it, as it definitely celebrates the introvert and champions allowing solitude, and quiet, so that these people can recharge properly and fully realize their problem-solving strengths and creative abilities. Does an extrovert identify with that? Is it a difference in degree or in kind?

I also wonder what will happen to the next generation of introverts, in this age of hyper-connectedness. On the one hand, they will be allowed to express themselves behind the safety of their computer screen. On the other, solitude and quiet are commodities increasingly difficult to come by.

I have about a billion more thoughts about this book swirling around in my head, so expect more posts to come, but for now let me say how I wish this research and book had been available when I was a kid.

Ironically, it won’t help me out much. My own kids are all extroverts and my husband and I are quite bewildered as to how that happened. Know a good book about cultivating extroverts? 🙂

Were you introverted or extroverted as a child, and did that change in adulthood?

Are your kids the same?

How did you feel your school experience supported your personality and level of sensitivity?

Are you an introvert or extrovert? Author Susan Cain explores how introverts can be powerful in a world where being an extrovert is highly valued. Join From Left to Write on January 19 as we discuss Quiet: The Power of Introverts in a World That Can’t Stop Talking

by Susan Cain. We’ll also be chatting live with Susan Cain at 9PM Eastern on January 26. As a member of From Left to Write, I received a copy of the book. All opinions are my own.