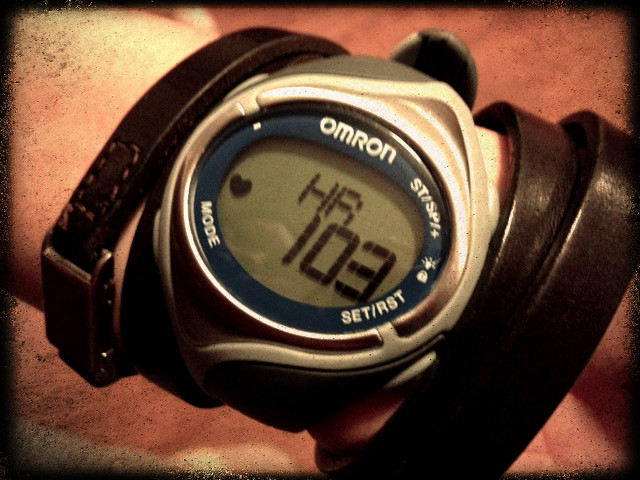 (I won’t go breaking your heart)

As I mentioned in my post about GNC, when I was a kid we walked everywhere. EVERYWHERE. School was about a 10-block walk (that I would walk by myself, mind you). Want groceries? Only about 8 blocks, but then you gotta carry the groceries back (we had one of those steel shopping carts).

We’d walk the six miles to Brandywine Creek State Park so we could then HIKE the trails and walk back… and that was a fairly typical “fun outing” for us.

I also played sports— softball, basketball, ice hockey, skating, bowling. I biked a lot, too. Basically when it was too far to walk.

I had a great metabolism that I always attributed to genes, but in hindsight probably was also shaped by the exercise that was just built into my daily life. When the genes started to turn their back on me with age, combined with the weight gain associated with 3 pregnancies and the sedentary life of a freelance “content producer” on the interwebz, I had to concede that metabolism wasn’t going to magically help me out and I was gonna have to do the work.

Traditional “exercise” like treadmills, the elliptical and such… was all new to me until I joined the Y. And every time the heart rate count popped up on the machine, I would get panicky, because doesn’t that number seem really high?

I figure I can’t be the only person that isn’t armed with this knowledge. So:

BUT, like before, much of my exercise takes place here at home or out and about, not in the gym.

How do I know what my heart rate and resulting calorie burn is when doing everyday stuff, like playing soccer or basketball? 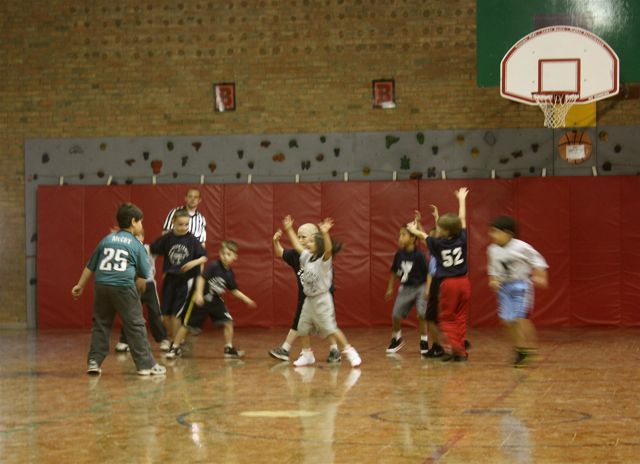 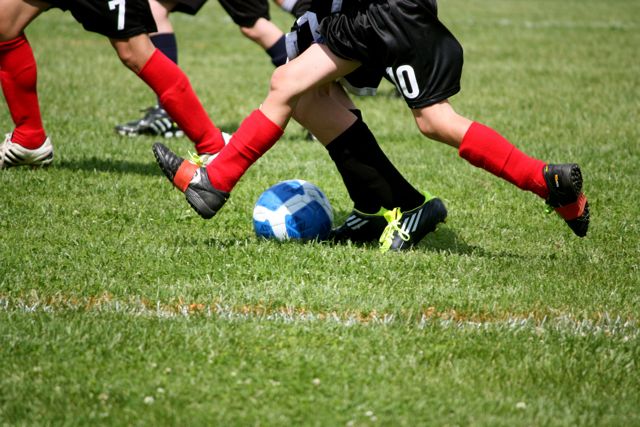 How about yardwork or shoveling snow to make Das Terminator? 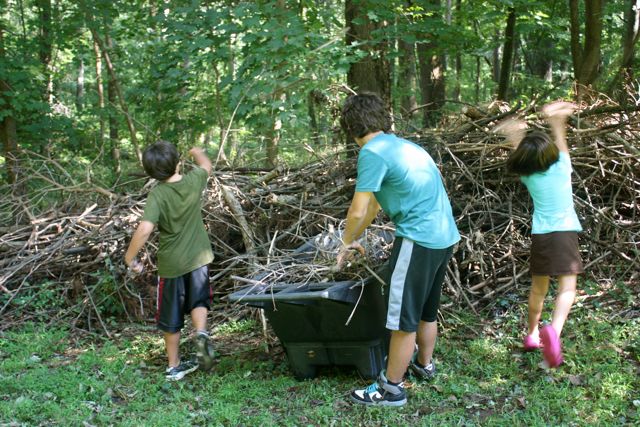 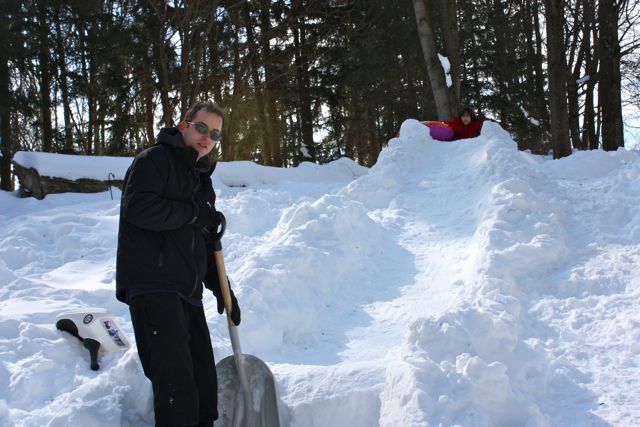 How about walking the dogs… or riding mechanical bulls… 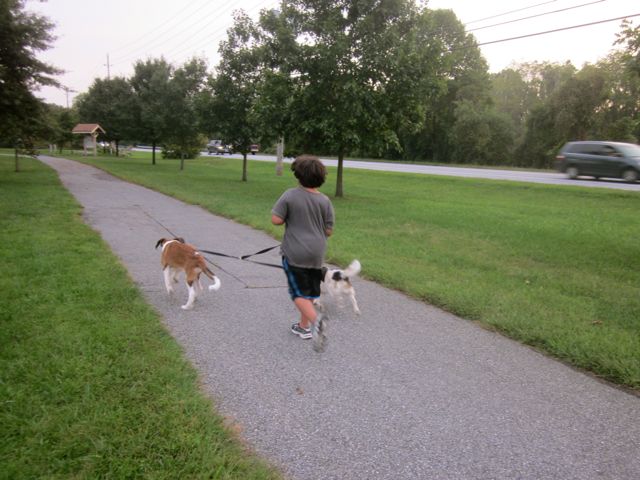 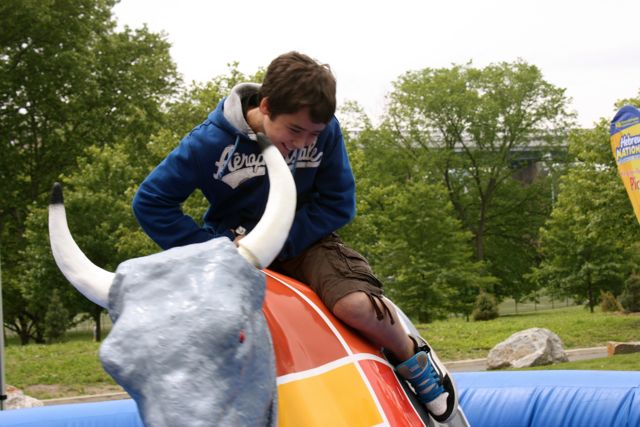 How about when we jump around? Jump up, jump up, and get down? 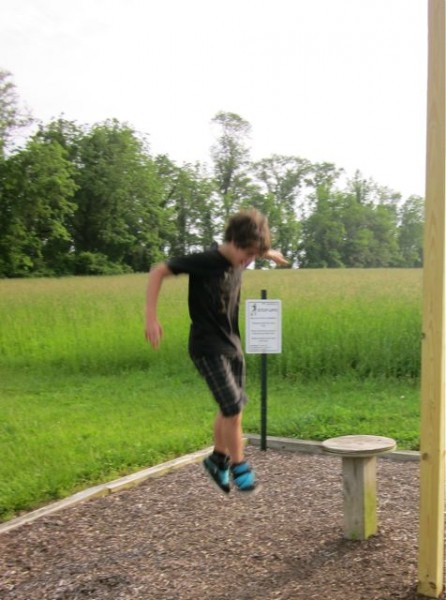 (I do actually do most of these things, no one takes pictures of me. I didn’t get on the mechanical bull because it was for the kids but BOY DID I WANT TO.)

My point is, there are more ways to get fit than join a gym (although the gym yields the fastest & best results for me). Consistent bouts of movement, of varying kinds, throughout the day, achieving an elevated heart rate of ideally 65%-85% of your MHR.

The next question is: how do you know you’re achieving your target heart rate?

The rule of thumb seems to be if you’re out of breath: still able to talk, but too winded to sing.

For the numbers-oriented among us, a more scientific approach would be using a heart rate monitor. Apparently these things usually involve a chest strap, which I’m gonna say would be a deal-breaker for me, as I use mine primarily to chart my heart rate outside the gym (inside the gym, I’ve got the machines telling me). Also, I suspect I would look stupid.

The OMRON HR-210 Strapless Heart Rate Monitor that I was sent to try out is, well, strapless. As in no strap. It also:

I’m also very picky about what I wear and I think it looks kinda badass with my leather wraparound bracelet. 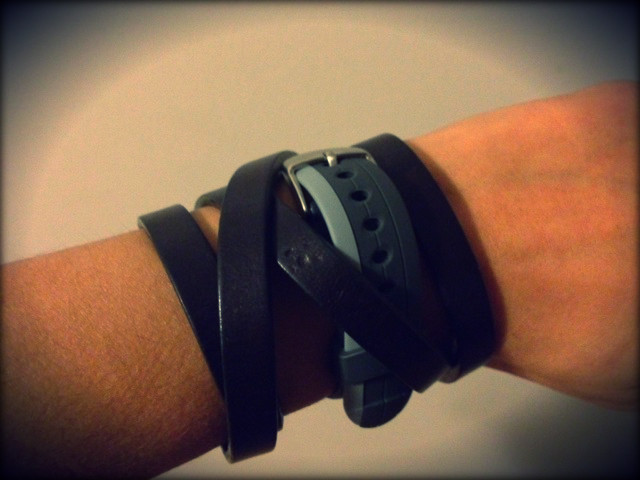 Note: I wear the face on the underside of my wrist and it works just fine that way.

I know when I wear a pedometer I remember to take more steps, and if I’m coming in low for the day I try to make it up before going to bed that night.

In the same way, tracking my heart rate and calorie count makes me aim for that sweet spot much more than I would normally (a few jumping jacks while waiting for a page to load, anyone?).

In a country where not a single state has an obesity rate less than 20%, where kids spend an average FOUR FREAKING MINUTES DAILY playing freely outside… every little bit helps.

If you’ve resolved to live a heathier 2012… or to make 2012 more like 1992… this is a nice motivator. A fun gadget. A handy little thing to have. An education in self- awareness. Plus, hell, a WATCH. (Much more socially acceptable to be checking in the middle of a practice than an iPhone. Trust me.)

Party party! We’re having a Twitter chat with @OmronFitness tonight at 9pm EST. Hashtag is #fitwithomron. Come talk to us about getting started MOVING that body! I’m the loudmouth behind the @FitFluential handle. AND we’re giving away TWO monitors!

Disclosure: I work for FitFluential LLC and Omron is a client. I received a heart rate monitor for review purposes. All thoughts and opinions are my own.