You are here: Home / Conscious Consumerism: Shopping & Reviews / Back to School: Heelys for Girls- with awesome video (we think) 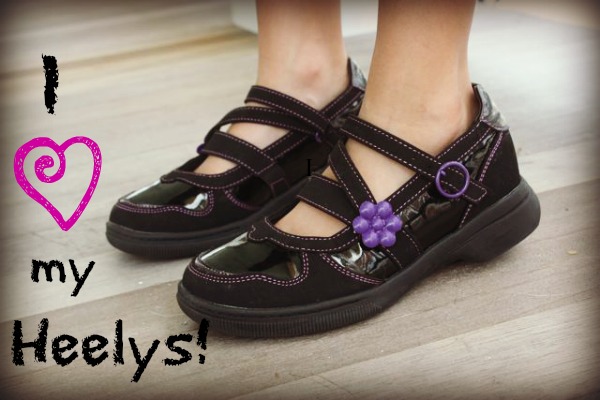 Last week we did our back to school school shopping. I don’t buy a lot before school starts, since their summer clothes are fine for those first few warm weeks; just a few new tops so they look decent their first day and on picture day, a nice-ish sweatshirt or two, some dresses for Cass. Jeans I’ve learned to put off until the weather turns— Murphy’s Law dictates that if you buy long pants early your kids will invariably shoot up 3 inches before September 1st.

I had a 20% off coupon to H&M from Discover so we did what we could there, and I was pleasantly surprised: we walked out with a ton of clothes for $160, much of which was organic. Their organic selection is primarily basics, stripes and plain colors, no graphics, which is just the way Maverick likes it. And they carry those distressed classic rock Ts which Jake likes (he picked out a David Bowie this time). Winning all around 🙂

Shoes are usually a pain to pick out for Cass. They’re supposed to wear sneaks to school, for traction on the playground. She likes “girly” shoes, trying to talk me into the pink sequined flats and whatnot. I try to steer her towards more practical choices: Keens or Timberlands, but she thinks they’re ugly and clunky. 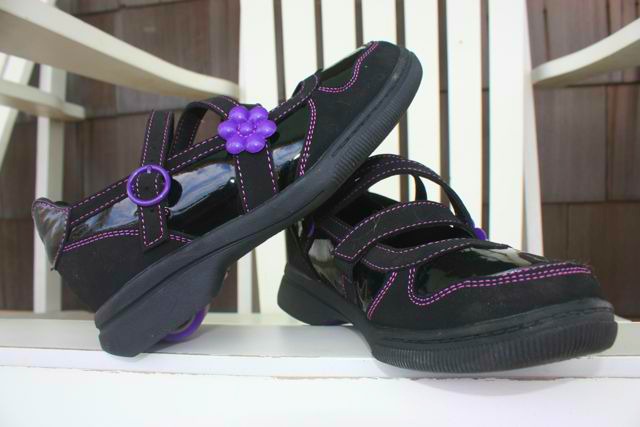 Heelys sent Cass a pair of shoes from their Fall 2012 line, just in time for back-to-school. She was super excited about having Heelys like me (and Jake by virtue of his wearing the same shoe size as me)— but honestly I wasn’t sure they’d be school appropriate, or that she would be happy with them as school shoes. Heelys traditionally resemble a skateboarding shoe more than anything else: wide and with a “boy” vibe (basically the type of thing *I* like and wish she would too). Mostly I anticipated the Heelys to be after-school kicks to keep her active at the park while I did my evening run.

“Oh hey, they’re like real shoes!” Jake said when he opened the box.

They are. The Socialite is basically a sporty Mary Jane: patent leather and girly while sturdy and comfy, and the wheel is lower-profile. She can totally wear them during the day at school, even with dresses, with the wheels popped out. And then replace the wheels for evening skate.

They’re a leeetle big right now, but she’s still learning to skate in them so I told her that by the time she masters her technique they’ll fit perfectly.

Or maybe not even that long. It took me a long time for figure out how to skate in my Heelys, but Jake picked it up quickly and Cass even more so.

With some coaching from Jake, she went from wobbly and tentative… 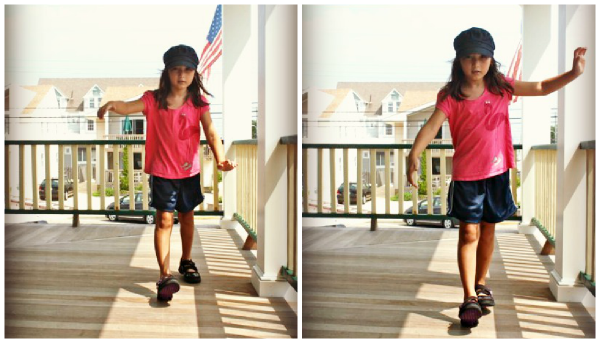 to rocking and rolling in no time.

Or more accurately in about 15 minutes. 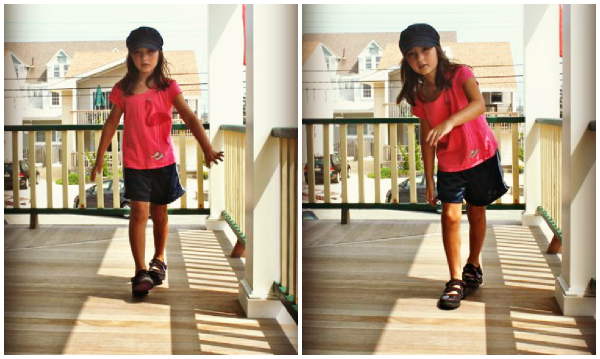 Some thoughts about Heelys:

Heelys are a great way to get kids moving. Skating is something anyone can do, anywhere. You don’t need to get out to a park or a gym or have any special skills. Studies show that the more kids get outdoors, the more active and physically fit they tend to be, and Heelys are a fun & trendy way to support that.

Heelys are multitaskers. You get the added physical component with a pair of sensible shoes, as opposed to having to buy a separate pair of roller skates or roller blades, which aren’t inexpensive. Bonus: keep the wheels in your purse and your kid can pop them in whenever you find yourself with a few free minutes for an impromptu visit to the park, or having to wait somewhere.

Heelys come in starter styles. The HX2 line has double wheels for added stability for new skaters, which can be transitioned to the traditional one-wheel shoe as you become more practiced. That’s pretty cost-effective.

Heelys come in a range of sizes. Seriously, anything active that adults can do with kids is awesome. Kids push their parents to play, and vice versa. That’s a very good thing.

Heelys are not inherently dangerous. This is a pet peeve of mine. I hear people saying that they’ll never let their kids have Heelys (trampolines is another big one) because they’re one of the top reasons for ER visits. Once upon a time I’m guessing falls from trees, bike crashes and just plain roughhousing were top ER injury culprits. Know why they’re not anymore? Because we don’t let our kids do that stuff as much, and I think kids’ health as a whole pays a price for it. Childhood is a time of being physical, and that does carry a risk of injury. It’s how kids learn their physical limitations— and capabilities. We need to stop restricting them out of fear.

Know what I bet is a top reason for kids in ERs? Car crashes. And we put kids in cars every day, it doesn’t make sense not to. I’m NOT saying, “Kids break bones and we need to deal with it.” I’m saying: wrapping your kids in bubble wrap and not letting them take (calculated) risks does them a disservice. Just do what you can to prevent and minimize injuries.

That being said, use Heelys sensibly. Heelys aren’t allowed in school with wheels in. Well, OF COURSE NOT. Heelys with wheels in are SKATES and shouldn’t be on stairs, playgrounds or classrooms. Put younger and less experienced skaters in knee pads and helmets, and keep them in arm’s reach while learning. Heelys has a whole section of their site dedicated to safely learning to skate, use it. Supervise. Familiarize your kids with the safety standards Heelys includes with the shoes: sensible speeds, no skating down ramps or stairs, etc. The occasional scrape is going to happen, so carry cute band-aids. (That’s pretty much true of anything when you have kids.)

It’s a spoof of the Malcolm in the Middle episode where Hal coaches Malcolm on skating to improve his street hockey game. If you’ve never seen it, it’s on Netflix and totally worth 30 minutes of your day.

Disclosure: Heelys sent Cass a pair of skate shoes for review purposes. Opinions are as always entirely my own and likely more than the company bargained for. For more Heely info check out their website and Facebook page or follow on Twitter.