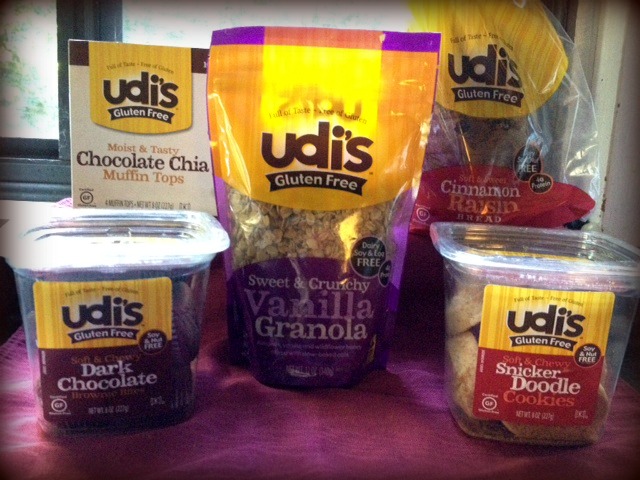 Eat, drink, and be scary.

A few weeks ago I opened a box full of Udi’s gluten-free gloriousness, to be fashioned into treats appropriate for a sweet Halloween.

I tried to hold them in reserve until closer to the big day, but some Snickerdoodles went missing early on. Someone remembered our last batch of Udi’s and couldn’t help himself. 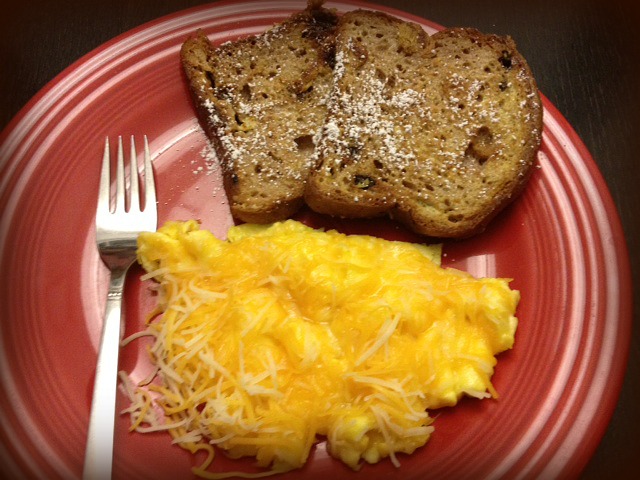 The Cinnamon Raisin Bread was the next to fall— it was just too perfect for french toast with eggs for a quick dinner. (We’ll likely do breakfast for dinner again tonight, but sadly we’re all out of the Udi’s bread!) Udi’s Cinnamon Raisin Bread made for a really good French toast, soaking up a lot of egg without getting soggy, and cooking through very well. I’m not, generally speaking, a huge French toast fan but this was a good blend of sweet and hearty.

Making up a HUGE tray of apple crisp after a trip to the local pick-your-own, I had the brilliant idea of making up a small chef portion for myself.

Soooo easy, and it was ready in about 15 minutes. 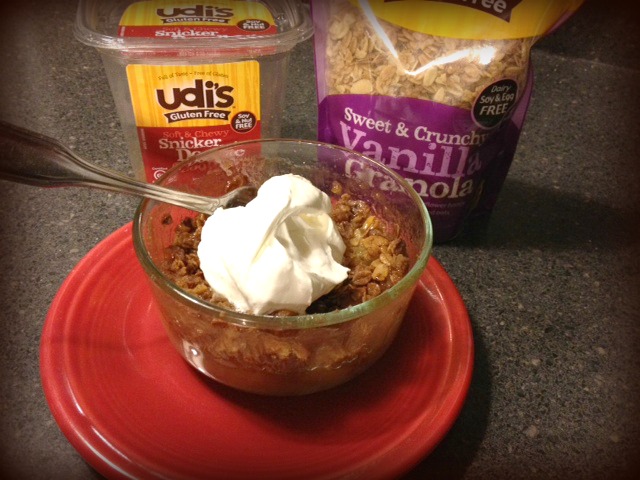 I had grand plans for the Chocolate Chia Muffin Tops. In the baking frenzy that preceded the arrival of Hurricane Sandy, I was going to use them as the crust for a greek yogurt pumpkin cheesecake and I was pretty jazzed about it as the centerpiece of this post. Although I couldn’t find an expiration date on the box, it seems like we waited too long to use them; there was a bit of fuzzy growth going on. Boooo when it comes to pumpkin cheesecake packed with protein and chia goodness, but yay to Udi’s for using real ingredients and not packing their treats with tons of preservatives. That’ll learn us to wait.

When Sandy hit, the power flickered, and the kids and I stepped up to perform our sworn duty: eating all the ice cream in the fridge so it wouldn’t melt. We grabbed all sorts of baked goods to stack in parfaits; this one is Cassidy’s. 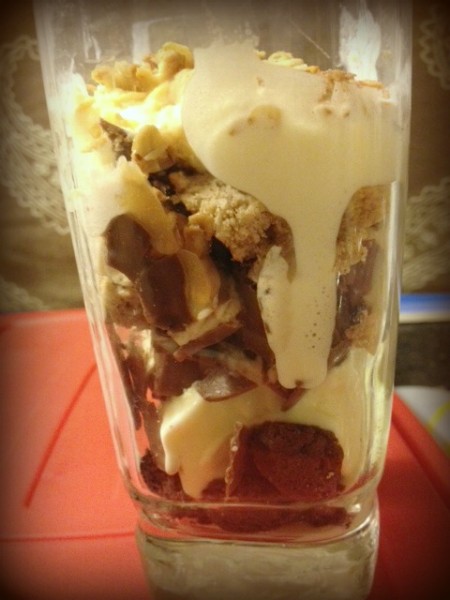 That’s a diced Udi’s Brownie Bite, then vanilla ice cream, then a half a broken-up Snickers ice cream bar, then a crumbled Udi’s Snickerdoodle, then more ice cream, topped with Udi’s Vanilla Granola.

The remaining Brownie Bites were topped with a homemade pumpkin cream cheese icing (cream cheese and GNC Pumpkin Spice Lean Shake with a tiny bit of food coloring). Easy peasy with a bit of protein snuck in. 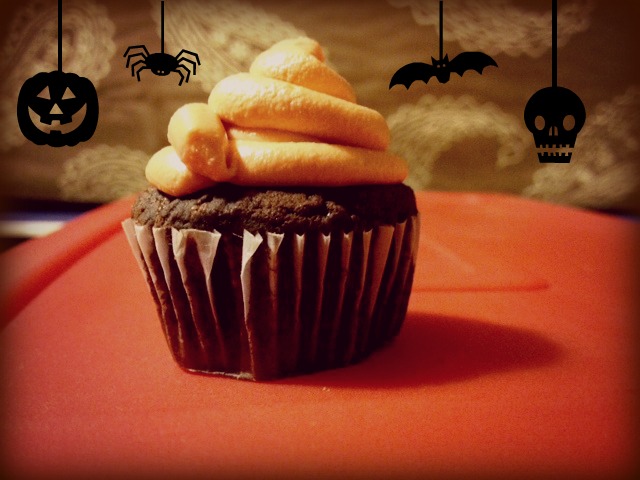 All in all, we still love Udi’s for being supah tasty— even if you’re not adhering to a gluten-free diet.

I definitely appreciate the way their treats can be substituted into other kid-fave recipe standbys, for when gluten-free friends come to visit. And how easily you could take a package of Snickerdoodles or Brownie Bites and turn them into something festivee for sending into the classroom as a party treat everyone can enjoy.

What sweet thangs did you make to prep for Hurricane Sandy?

How about for your trick-or-treat pre-game?

Disclosure: I received these Udi’s products free for review and treat making purposes. No other compensation received, and all opinions are my own.