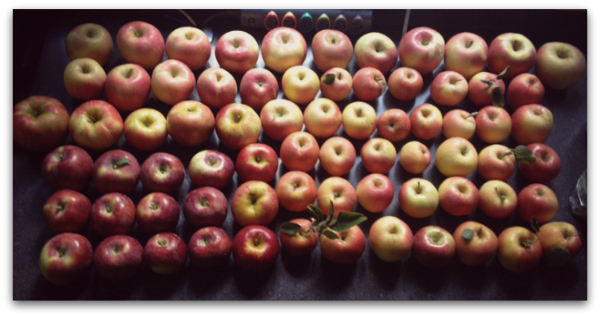 There never was an apple, in Adam’s opinion,
that wasn’t worth the trouble you got into for eating it.

When I was a kid, I wasn’t much of an apple eater, but honestly I don’t remember much being available beyond Red or Yellow Delicious (wasn’t big on the taste or texture) and Granny Smiths (a bit tart for just eating; my parents never introduced the idea of dipping in peanut butter or anything like that). That was probably at least partially due to limited space in our small city market, but still, I love the variety of apples available today both at our supermarket and at our local farmer’s markets. Even at Costco!

There’s no reason to not get your daily servings of fruit in when there’s an apple for everybody’s taste. Low calorie but full of fiber, antioxidants and Vitamin C, apples are the perfect snack. I like to slice them reallll thin and eat with cheese or Heavenly Dip, or make up a nice apple crisp.

When it’s apple season, though, I mostly like to just apples on their own— there’s nothing more satisfying than a tasty just-picked apple. Here in Pennsylvania I think we’re just past Honeycrisp season, but not yet into Pink Lady season (those are my favorites, along with the early Orange Honey apples) but according to a press release that showed up in my inbox, there’s a new apple variety to try that might deliciously bridge that gap.

Now starting to be sold throughout the Northeast, Mid-Atlantic and Southeast regions, SnapDragon apples are a naturally selected and bred apple variety born and bred exclusively in New York State, developed through traditional breeding practices. Their parent is the Honeycrisp, and SnapDragons are said to have the crispy texture (“monster crunch”), juiciness, and extra sweet flavor that Honeycrisps do. 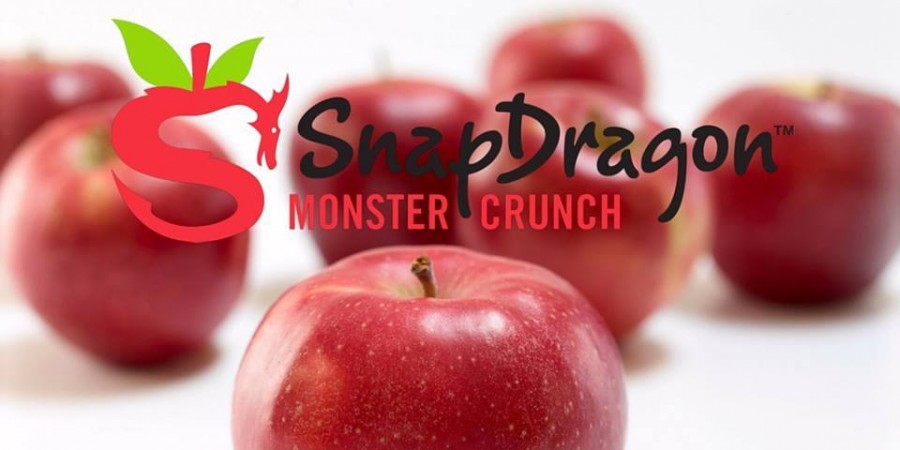 SnapDragon apples launched in store in in early October and will be available for 8-12 weeks or while supplies last. In the Mid-Atlantic region, it looks like our best bet is to check Shop-Rite or Wegmans, but it might be worth trying Wal-Mart, Whole Foods or Aldi’s too. This variety is also available at member farm markets throughout New York State; here’s a list of retail locations.

SnapDragon and RubyFrost, another variety from the same growers, were first planted in 2011 and released to the public in 2013 through a partnership with Cornell University. RubyFrost is a sweet/tart winter variety, and will be available in January 2016. Since they’re so new, availability will be limited— so snatch them up if you see them and let us know how they taste.