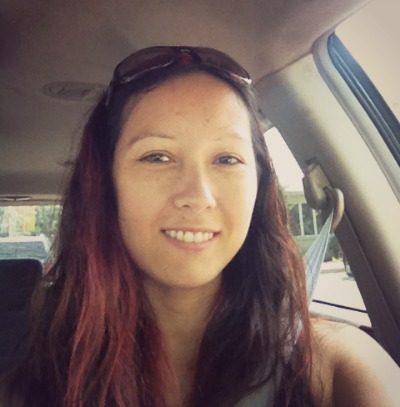 Lookit me! I gots nice teef!

This is me when I was 15 or 16. I had buck teeth, a severe overbite, and my two front formed Vs, top and bottom.

I also have on black lipstick, but let’s let that go for now. 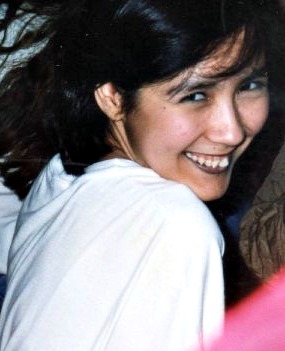 Over time I learned to smile with my mouth closed. Literally, the only pictures I have of me smiling with teeth from age 16 on are when I was pretty drunk. 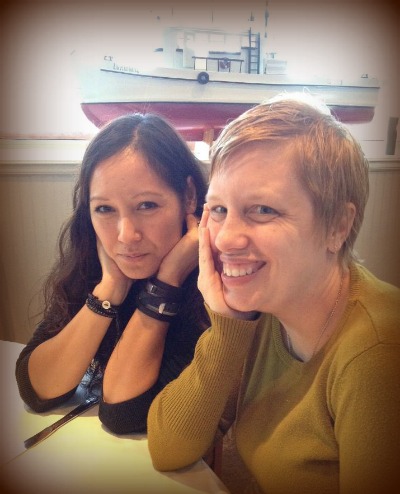 I won’t lie. I love this photo.

I eventually developed TMJ. I experienced a dull pain… all the time. 24/7. No relief. I clenched my jaw compulsively and ground my teeth at night.

When I went to the  orthodontist and he said that straightening my teeth *might* dispel that ongoing pain… I cried. In his office.

The TMJ got better before I was even a year in, and seeing this pic (with The Bangles!) I realized that even with the braces still on, my teeth looked better than they had since I was 7. 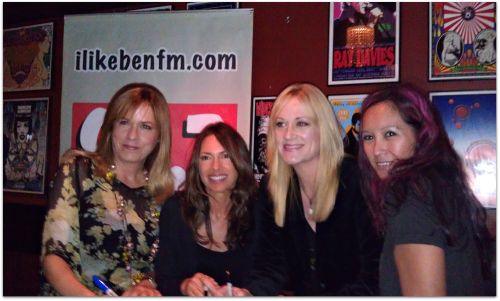 I was already hiding my teeth for school pics when I was 7, by the way. 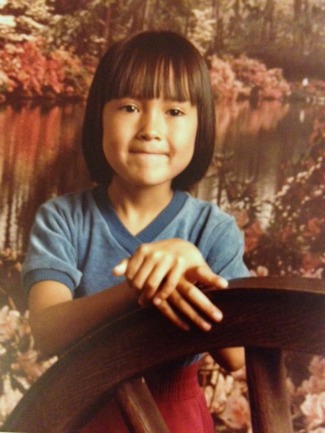 A lifetime of hiding and feeling bad about myself. A decade of ever-present face pain.

I had to smile for pics at the orthodontist today, and it felt weird. I’m not used to it. When I stop to think about that, it makes me sad.

I may never be beautiful, but I’ll never stop myself from smiling again. 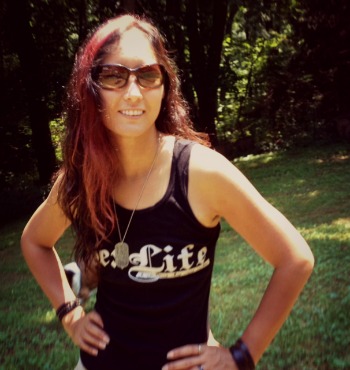 Adult braces. I felt crappy and selfish getting them, as they were a huge expense for reasons that were largely cosmetic.

They were the best thing I ever did for me.

Big time shoutouts to the folks at Dr. Honig‘s office. You guys are the best. 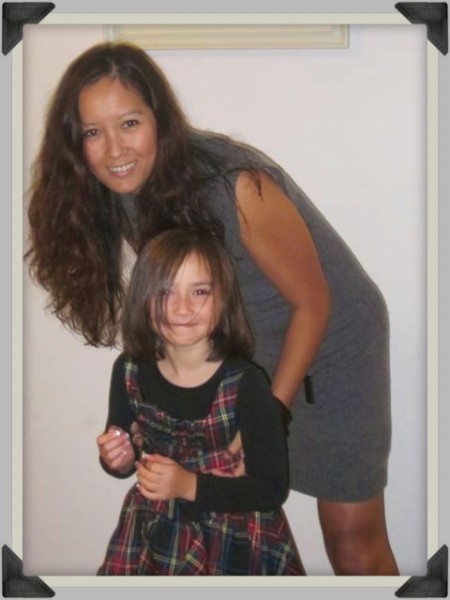 Hey, hobo man; hey Dapper Dan,
You’ve both got your style, but brother,
You’re never fully dressed without a smile!

I know the title to this post has my brother cringing— he was born in 1983. Nothing to do with you, brother o’mine, go on about your day.

No, in 1983 my front teeth came in, big ol’ horse teeth. I have, as I have been repeatedly told by dentists, technicians, orthodontists and oral surgeons, the smallest mouth on God’s green earth, and there just wasn’t room for those big honkin’ horse teeth along my jawline. Over the years, my teeth kept getting more crowded and shifting at weird angles.

Recently an acquaintance of mine said to me, “It was nice seeing you smile yesterday for a change.”

Like any normal human being, I responded with, “I’m quite sure I have no idea what the hell you’re talking about.”

“I like when you smile. You’re always hiding your braces, who cares, so what, you have braces. You have a nice smile. You should smile more.”

If you know me at all, you’ll realize that by this point I was hugely uncomfortable, highly irritated and frantically looking for ways to escape the conversation. I don’t take compliments well, especially when couched in cryptic statements that imply people have been watching and analyzing my behavior.

But a few days later, seeing a photo of myself, I realized what they were talking about. Smiling with my mouth closed is a habit I’ve had since I was seven years old. I’m not hiding my braces; my acquaintance just assumed that was the case because they didn’t know me before I had braces.

I haven’t really smiled— freely, unabashedly, unself-consciously— in 28 years. What I do is this weird tightening of the mouth, a slight lifting at the corners, that makes me look weird and mean. 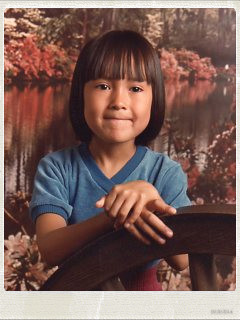 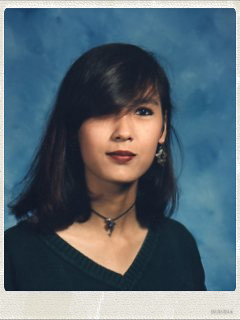 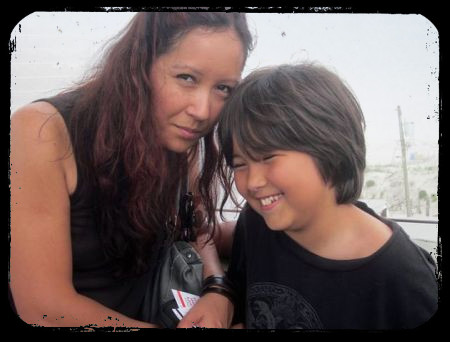 I got braces to fix the severe TMJ I’d been suffering since my oral surgeon royally screwed my jaw taking out my wisdom teeth. My orthodontist made no promises, but said it might lessen the pain that I dealt with 24/7, pain that spread through my neck and shoulders as I subconsciously held my jaw just so. And that slight flicker of hope caused me to sob right there in his office, in front of perfect strangers.

At over $5K out of pocket, these braces are the most expensive thing I’ve ever purchased for myself. I can’t even explain how hard it was for me to spend that money on something only I could possibly benefit from. And the first few months were soul-killing, when I realized that I had in effect traded one sort of chronic pain for another.

The pain has long since eased. I’ve been wearing these things around for over a year now and it’s only just occurred to me that my teeth look better. I know, I’m super dumb. When I saw this picture of me with the Bangles that DelCoPA Mom took, my thought was totally that it didn’t look too bad in spite of my braces. As evidenced by the caption I wrote for it.

The logical follow-up to that thought, that the reason it didn’t look too bad was because my dang teeth are straighter because of my braces? Never entered my addled brain. Until now.

Which is my lengthy, labyrinthine way of saying… you can’t put the tiger back in the cage. I’ve got my smile on and you’re gonna be seeing lots of it.

And if you think I’m being obnoxious now… just wait another 8-10 months, when these bad boys come off. 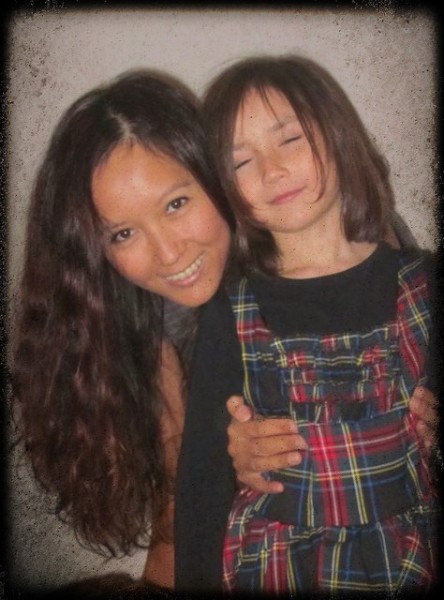 This is not a paid post or a sponsored post, and I waffled quite a bit about whether I should publish it at all. I don’t advocate taking a lot of stock in your personal appearance.

But I DO DO DO advocate taking time for you, to refill your center so that you can give of yourself in abundance.

And I DO DO DO advocate vocalizing those little compliments to others. Even though I was put off by this one at first, it caused a huge mental breakthrough for me.

This post is a major spontaneous heartfelt shoutout to Dr. Honig and his awesome technicians, and heck, his wonderfully supportive office staff too. Because they brought me to a life without unrelenting pain and made me feel better about myself in the process.

When was the last time you did something selfishly, just for yourself? It’s cool. Sometimes you need to do that. Own it.

What was the last unexpected nice thing someone said to you?