You are here: Home / Conscious Consumerism: Shopping & Reviews / Seven for Saturday: News You Can Use 5/14 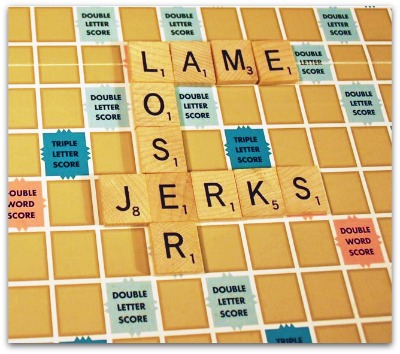 Whether you need interesting dinner party fodder, something to ponder while in the shower, or just something to read while waiting in line at the grocery store: I gotcha covered.

My favorite links from the week….

“Robert Groves, editor of Collins English Dictionaries and editor of the latest word list for Scrabble users, said: ”The latest edition adds nearly 3,000 new words to the existing quarter of a million available to Scrabble players. These additions are an eclectic mix of new technological jargon, overseas English, recent colloquialisms, street slang, and a few fairly well-established phrases that had not made it onto the list until now.”

Excuse my French, but what a load of hot horse puckey. In this house we play according to the King’s English.

“The applications cover ‘entertainment and education services,’ ‘toys, games and playthings’ and ‘clothing, footwear and headwear.’ “

Henry David Thoreau said, “It is truly enough said that a corporation has no conscience,” and by that he meant, “WTF, Disney?!” 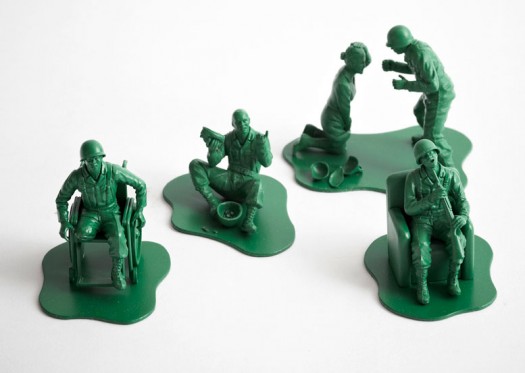 I shudder to think what heroic softening glow Disney plans to put on those Seal Team 6 toys, games and playthings. My parents were the playthings of war. My uncle, permanently emotionally damaged: substance abuse problems and all the other issues that stem from there.

Though I wouldn’t buy these for my kids either, they are a much more realistic representation of what soldiers are like… after the war is over.

The articles focused on a single battalion based at Fort Carson in Colorado Springs, who since returning from duty in Iraq had been involved in brawls, beatings, rapes, drunk driving, drug deals, domestic violence, shootings, stabbings, kidnapping and suicides. Returning soldiers were committing murder at a rate 20 times greater than other young American males. A separate investigation into the high suicide rate among veterans published in the New York Times in October 2010 revealed that three times as many California veterans and active service members were dying soon after returning home than those being killed in Iraq and Afghanistan combined. We hear little about the personal hell soldiers live through after returning home.

It’s no different from the stupid Disney princesses. What happens after happily ever after?

Yeah, I still haven’t read the book yet. But the woman knows what she’s talking about. Tiger Cub got accepted by Yale and Harvard.

How Do We Prepare Kids for Jobs We Can’t Imagine Yet? Teach Imagination and The Creativity Crisis: Why American Schools Need Design. I linked to both in last week’s roundup.

DUDE. STOP GIVING McDONALD’S YOUR MONEY. Have you not seen Super-Size Me?

It’s really not. I swear. Especially now, during farmer’s market season; the less you do to fresh foods the better it tastes.

“People not being accustomed to cooking is a bigger barrier than money or class or any of those other things that people are bringing into the discussion [of real food.]”

7. How I Healed My Child’s Cavity

“…cavities are caused by nutritional deficiency and when this nutritional deficiency is corrected, the cavity heals. If you think about this in an open-minded manner leaving all preconceived ideas about cavities behind, doesn’t this make sense?  Shouldn’t the body be able to heal a cavity just like it heals a broken bone or a cut on your arm?  Why would teeth be any different from a broken wrist after all?”

Interesting; all the more so because I had the shadows of a cavity forming six months ago, and I was sure that six months of not-quite-perfect brushing with new braces on meant I’d be getting that cavity filled. At my visit last week though, I was told the soft spot had resolved itself.

Two headines I want to share just because they’re so DUH worthy:

Several people asked if I had seen this. To be honest, I’m more disturbed by this girl’s parents decision to post a video of her shirtless on the internet, than by her choice of lovey plaything.

I do love this video of a sock gone missing and the quest to find him… vaguely not suitable for children for its (split-second) cartoon depiction of a body part that rhymes with sock. Via kurositas, which always has such interesting visual stuff, particularly animation. Check it out.

For Sock’s Sake from Carlo Vogele on Vimeo.

That’s all I got. What good stuff did you see this week?