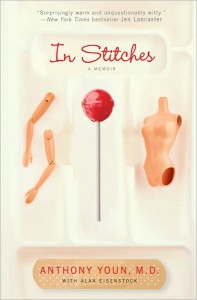 “Not going to L.A. Not this year. This year you boys study. Very important.

I know some stuff about Dwight D. Eisenhower. I learned it 25 years ago and I’ll never forget it. Stick with me here.

Why do I know this stuff? Because in the 4th grade I had to write a paper on a President. A list was passed around the classroom, and my last name started with S, meaning all the “cool” Presidents were taken (I got screwed again the next year, winding up with Woodrow Wilson, and as a senior in high school, when I got stuck with Amy Lowell in English class).

I didn’t want to write it, and I didn’t tell my parents about it, and I don’t remember how he found out, but my dad was freaking appalled that I hadn’t even started working on it two weekends before it was due.

So my dad disappeared for a few hours, reappearing with a STACK of Dwight D. Eisenhower and “Fun Facts about American Presidents” titles— not kids’ books, oh no, we’re talking hardcore history enthusiast tomes. He unceremoniously dumped them on my desk and told me life was canceled until that paper was done. And then closed the door.

The irony here, of course, is that my mother was the hardass Asian. My dad was just a hardass when it came to work. Slacking inspired a sort of contempt in him, and putting off a paper just because I could was something he could not understand.

In Stitches chronicles Anthony Youn’s journey to become a doctor, fulfilling his father’s wishes, and when he writes

“Your brother… has shamed the family.”

“You don’t study?” my father says, his voice rising. “You can’t become a doctor. You end up a bum on the street. You have to study every day. Christmas, too.”

in response to Anthony’s brother getting As and (gasp) Bs on his report card, I totally get that. I smile in recognition.

Tiger Mom Amy Chua got a lot of pushback for pushing, pushing, pushing her daughter relentlessly and seemingly unnecessarily, and I know some people can’t comprehend how you can look back on that type of parenting with affection, but I do. And I think Dr. Youn does too.

Because as irrational as it was, it signified a sort of faith. An assertion that you can do this, I expect nothing but the best from you because I know you are fully capable of the best.

Why would you settle for less?

I admit, I don’t do things right away. I’m not driven that way (in fact, this post was due yesterday, I’m sorry Kim). I still tend to put things off because I figure I have time, and then life always seems to conspire against me at the zero hour.

But I still believe that I am capable of great things. I really, honestly do, and I feel an obligation to get them done. Because I can.

I still feel my father’s faith and hear his voice.

He wants me to write. He doesn’t understand why I haven’t already. It’s my skill and my gift; why am I not jumping at every opportunity to practice?

It makes me wonder about the moments that will stand out in my children’s memories.

When I am gone, what will my voice in their heads be saying?

Will I speak with perfect conviction? Will it inspire them to become their best selves?

gives readers a look into the training of a medical doctor who discovers his passion is plastic surgery. It is an awesome beach read, entertaining and full of gross medical procedures. I loved it, so go get it right now. Please and thank you.

I received a copy of this book for review as a member of From Left to Write book club. You can read other members’ posts inspired by the memoir here.