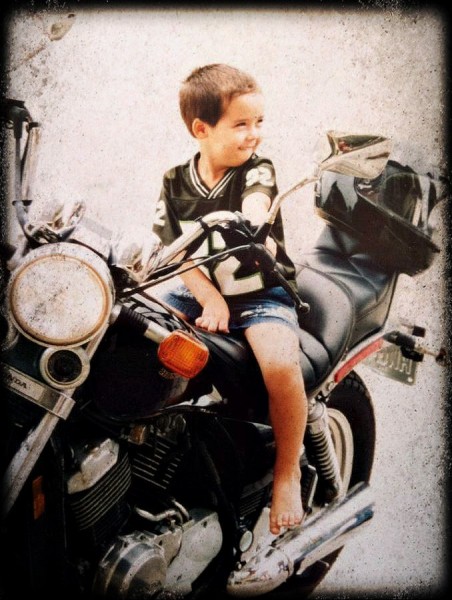 C’mon Dad, give me the car tonight

Jacob is 14, which means that in two years he will be driving, and what he will be driving is the minivan that I have been shamefacedly chauffeuring children in since 2004. It is a truth universally accepted that the worst part about finding out that you are pregnant with a 3rd child is that you will have to become a Minivan Mom.

More importantly, that means in two years Mom gets a new set of wheels. Look, I might be a hippie housewife but I know a hot car when I see one. Odds are, I won’t be able to afford any of the ‘green’ cars I’m about to show you, but that’s not going to stop me from window shopping. It’s good to have goals.

Here are the ‘green’ cars, hybrids, electric vehicles, and fuel-efficient models that I’d love to tool around town in. Let me know your favorite 🙂

(And yes, that’s Jake up there, on my friend Kristin’s motorcycle. Photo credit is all hers.) 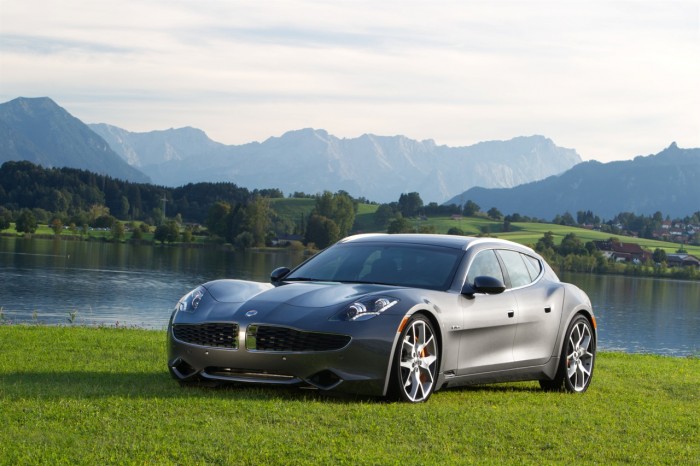 I’m going to pledge loyalty to the Karma first, not just because that’s my puppy’s name, but because these will be produced here in Wilmington DE. Karmas are luxury vehicles, make no mistake. That low-slung growly-yet-elegant aspect (reminiscent of Jaguar) comes with a hefty price tag in the area of $100K.  It boasts a top speed of 125mph, going from 0-16 in 5.9. It has a range of 300 miles, 50 pure electric and another 250 on the range extender. The Surf has a BMW engine and is being marketed as “sports car meets station wagon,” but that phrase undermines just how damn sexy this car is. 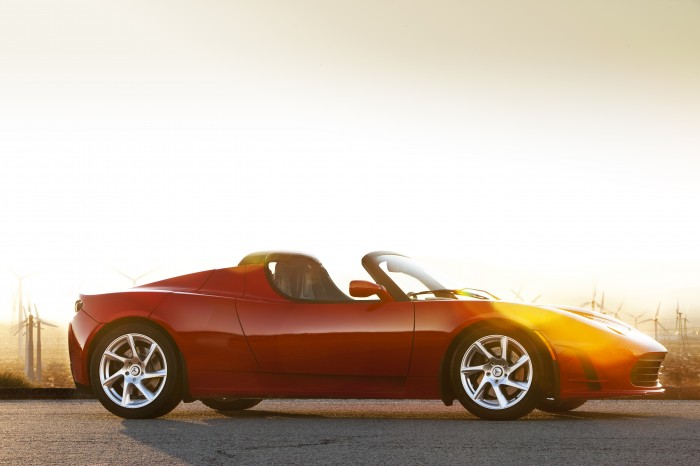 The car pictured is actually the Tesla Roadster. I’ve made no secret of my love for the Roadster and its more ‘affordable’ version, the Model S. But since that’s not new I won’t bore you with it again.

The Tesla Model X Electric SUV Crossover is going to be unveiled on February 9, so I’ll have to come back and update at that time. However, some lucky ducks did get a sneak peak and this is what I’m seeing reported across the interwebz:

It offers Lane Departure Warning (leaving your lane without a blinker on), Forward Collision Warning and the Honda-exclusive LaneWatch™ blind spot display: a camera system mounted on the mirror on the passenger side that allows you to view your blong spot. The new Accord will also have a rear view back-up camera.

It’s a fairly nice-looking car, I guess, but I suspect its strength will lie in the market of people already loyal to Hondas (I briefly drove a little Honda, until someone made a lefthand turn right in front of me while I was doing 50 on a rain-slicked road, an accident that 2-year-old Maverick and I walked away from unharmed). This is basically a car that people are comfortable with, only in eco-form; no sacrifices to style. Plus, there’s an abundance of Honda Accord parts out there, so presumably the basic costs of repair should be kept reasonable. If I do wind up buying something in this post, the Honda Accord hybrid is probably the best blend of eco-friendly car, wallet-friendly sticker price, and husband-approved profile.

It’s an electric vehicle for the tough truck-driving set, with “Better gas fuel economy than a Prius™ with the payload of a pickup.” Can be charged with a standard outlet, or faster with a 240 volt outlet or charging station. The vehicle only uses gas once you’ve drained the batteries: 40 miles on battery power and then up to another 300 miles. It also generates its own electricity, meaning you could use it for power when camping (or when the power goes out), or on a job site. Starting at $57,000. 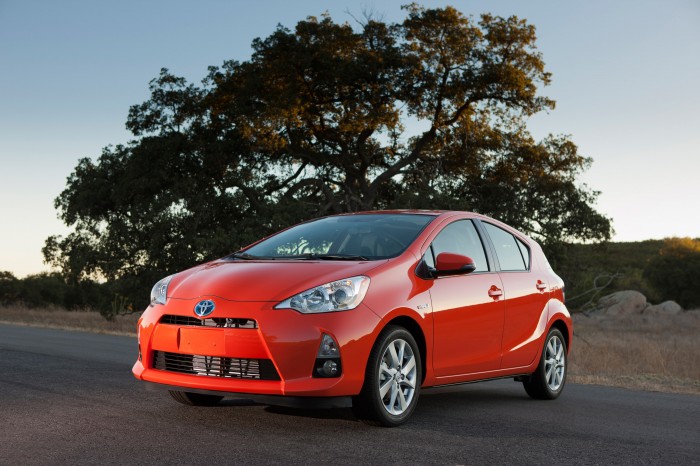 OK, I don’t love the looks of a Prius, I admit it. I think the meh styling of the Prius is part of why hybrids didn’t take off right at the start. BUT the Prius c hatchback (c is for city) has advantages you can’t argue with: 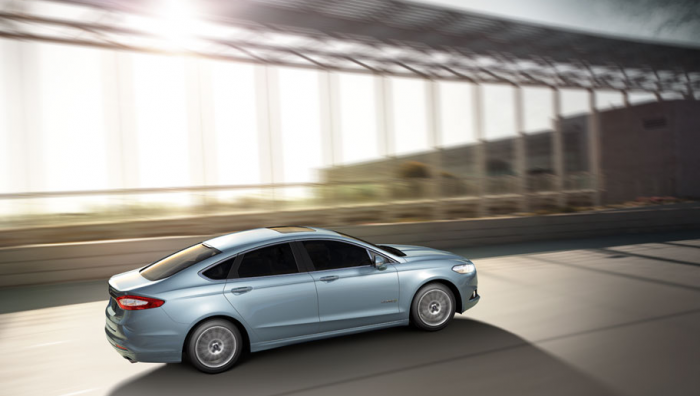 This is a pretty good-looking car, with design overtones of Audi. It will be available in gas, hybrid and plug-in hybrid, which engine options including: 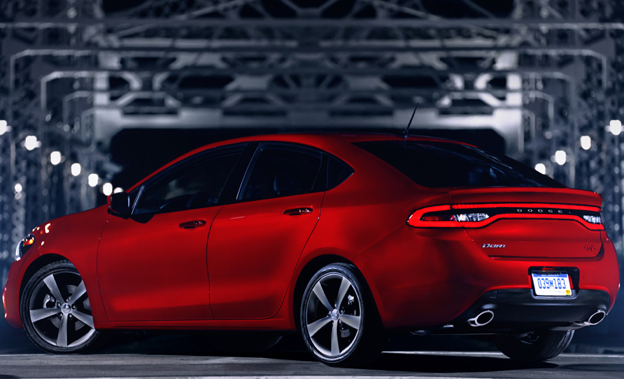 NOT the greenest of the bunch, I admit. But 40 mpg isn’t too shabby, and I have such fond memories of a Dodge Dart that was converted into a Batmobile that I can’t help but be thrilled they brought it back. Plus, it’s just a damn fine-looking car.

Secretary Chu Predicts Steep Decline in EV Battery Prices: this could go a long way towards driving that initial investment cost down.

One-third of car fuel consumption due to friction loss: in the engine, transmission, tires, and brakes. Electric cars experience only half of that energy loss.

Used Car Expert Says Buying Used Is “Greener”– the greenest choice is almost always what you already have! No matter what, new production means an energy cost and a certain level of pollution. Be good to the car you already have so it will last.

Growing up in a household with no car meant my brother and I grew up with a healthy obsession with wheels: he went on to become a mechanic for a while (and owned more cars than I can remember). I’ve always been more fascinated with the evocative nature of well-designed cars (my favorites being the lean, mean Corvettes and Jaguars and stately Bentleys). That eco-conscious cars have evolved to the point that they can be both beautiful and earth-friendly is genuinely exciting for me— now I’m waiting for the prices to come down to the point that they’re practical for the everyday commuter or soccer mom.

Which of these is your favorite?

If money were no object, what would you be driving right now?