You are here: Home / Fitness, Health, Happiness / Color Run Philadelphia, Merrell Down & Dirty Run, AND THAT’S NOT ALL 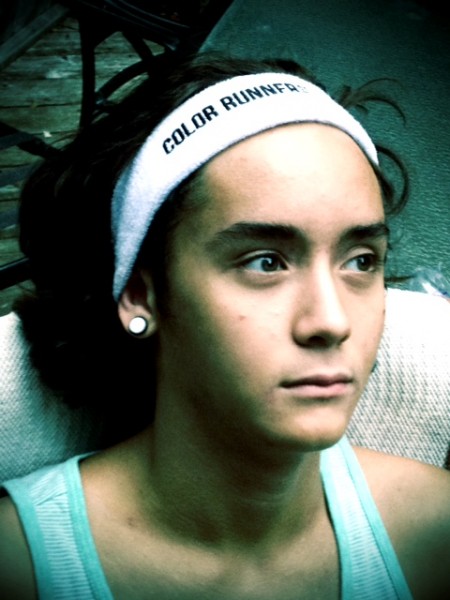 The reason we race isn’t so much to beat each other…
but to be with each other.

Today we drove an hour to Philly for the opportunity to stand in line in the 103° sun with what appeared to be a large percentage of the Tri-State area.

We were picking up our race packets for the Color Run Philadelphia. Tomorrow we’ll haul our carcasses out the door by 5am, drive back to Philly, hopefully find parking without having to circle for an hour, and then run a little over 3 miles.

And we paid cash money to do it. It’s sort of crazy when you think about it.

But I’m wicked excited. With 23,000 registered, the Color Run Philadelphia will be the 3rd largest 5K in America, and it will end in a cacophony of color on the Art Museum stairs. I’m running (well, probably more like “intermittently walking/jogging”) with all three of my kids, and I think it will be quite something to remember.

Then next week, we’ll repeat the whole process. Sunday will be Cass’s 8th birthday, and she specifically requested that she be able to run an obstacle race. How’s that for #FitFluential?

There’s a Spartan going on in the Poconos, but that’s a hike and frankly, I don’t know that I’m Spartan tough yet. I was super relieved to find another one on the same day going through Fairmount Park: the Merrell Down & Dirty Mud Run. Jake and I are running the 5K (which looks to be hills and trails in addition to mud and obstacles) at 8:30am and then Cass runs an Adventure Kids 1-mile obstacle/mud run. There’s also a pull-up competition; I’ve no doubt I will be severely outclassed but I’m not ashamed of going on record doing the 15 I’m capable of.

Sadly, I’m not going to the BlogHer conference in NYC anymore, so I won’t be running that 5K. I’m more bummed about missing the race than the conference: I knew a LOT of people running and think that would have made it a really awesome experience. On the flip side… I’ve no doubt running in NYC in August bites. If you know of a fun 5K in August in PA-NJ-MD-DE, let me know!

Jake and I will be doing the Delaware Mud Run at Frightland. (Wish I’d known about the Junior version of this one for Cass back in June!) I don’t know a whole lot about this one, other than it’s pretty close to home.

Jake insisted on the Run For Your Lives 5K. This one happens a few days before Halloween in Baltimore MD; there are natural and man-made obstacles and… zombies. If you sign up as a zombie volunteer, you get a professional makeup job and are expected to go feast on runner brains. Runners are equipped with 3 flags; if you cross the finish line with at least one flag remaining you’re “alive,” if your flags have all been taken by the undead (and it looks like there are both fast and slow) you end up a zombie.

I am fully prepared to sacrifice my son to the zombies to ensure I get out alive. Just sayin’.

In the back of my mind I’m toying with the idea of training for a November half-marathon. The front of my mind insists this is crazy talk. It’s a decision I’ll need to make in the next week or two if I want to be prepared in time.

On the weekend of Jake’s birthday (November 9-10) Disney World is holding its Wine & Dine Half, which is run at night through 3 parks and followed by an International Food & Wine Festival. There’s also a Mickey Jingle Jungle 5k and kids’ races. This would be absolutely perfect… if I can get my legs and bank account on board.

In December I’ll rest. Sort of. As much as a mom of 3 can rest before Christmas.

Much like you I’m looking at this and wondering just what the hell happened to me. I’m incapable of planning my day tomorrow, but I’ve got my running planned out for the year. And I’m excited about it.

And I want to know when the FoamFest 5k and the Karaoke 5k are coming to my part of the country so I can run those suckers too!

Have you run or heard of any more fun races I should add to my schedule in 2013?