You are here: Home / Conscious Consumerism: Shopping & Reviews / Things I Love Thursday: My Picks for Best Bikes of 2015 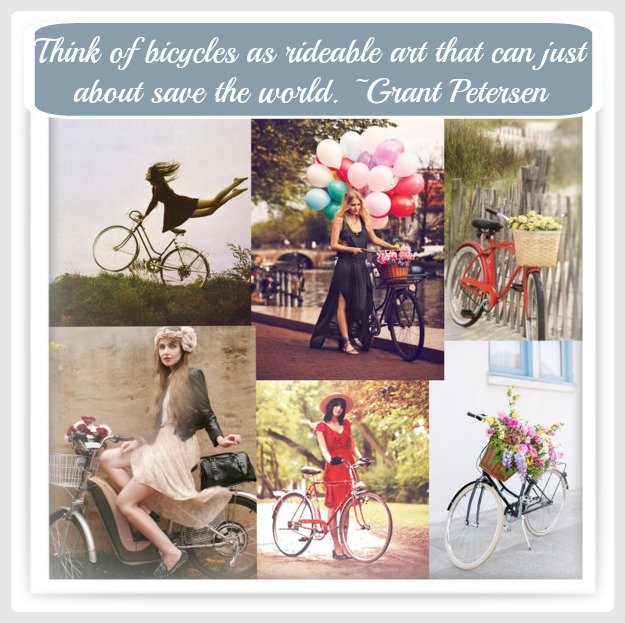 I was at the store recently and a shiny Schwinn caught my eye. I pointed it out, a sexy blue number; my husband made eyes at its neighbor in a glossy red. Jeff has a trike that he rides at the beach, and now that it’s springtime I couldn’t help but picture myself leisurely cruising along on a new bike of my very own. 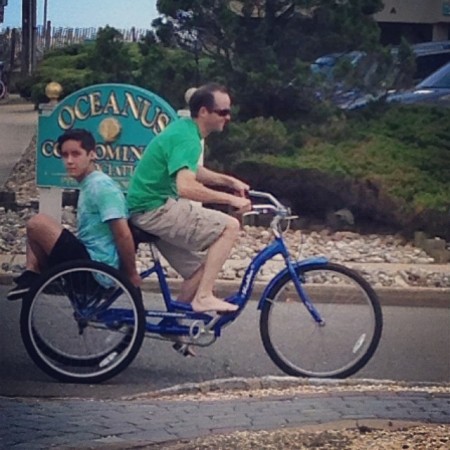 Once I got home I fell down a rabbit hole window-shopping some of the most beautiful things on two wheels. When I was a kid we rode bikes all the time, but I stopped getting in the saddle once I was pregnant with Jacob. When my parents died someone broke into their house and stole all the bikes, and while the kids have their two-wheelers I’ve never replaced mine.

I miss biking. I miss whipping along entirely too fast, a speed of my own making. I miss riding along bumpy forest paths. I miss the clank of the gears changing and the sound made when coasting along a quiet road.

A few years ago I was in Boulder Colorado and tried out their bikeshare. It’s the only time I’ve been on a bike in 18 years and while it was tough— biking hills or in this case mountains was no joke— it was wonderful. It only took a few minutes to feel comfortable riding again and I felt so free. 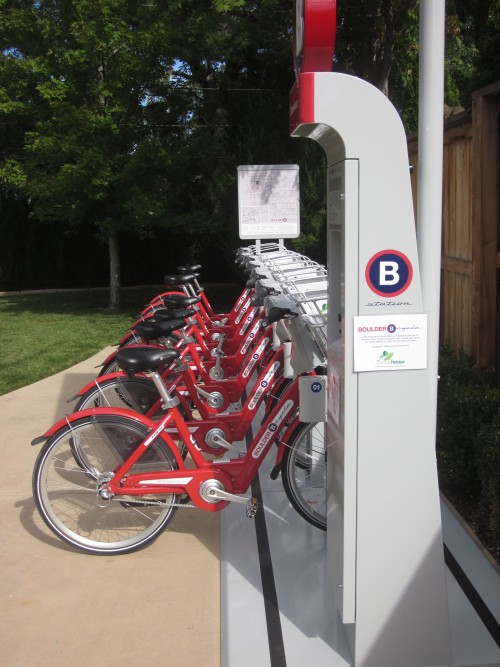 Biking is, of course, one step we can take towards a healthier world. Biking doesn’t just save the fuel we’d use and the emissions we’d otherwise produce, though. The more people we get out there, the more involved they tend to become in the community and with protecting their local environment. More efforts are made to make roads bike friendly. Bikeable areas improve property values, increase the number of customers at smaller retail stores, lower crime rates (since more people are visible on the streets), and enhance the sense of community among neighbors— it’s a lot easier to get to know people when they’re on bikes, rather than zipping past in their cars.

Here are the bicycles I’d most love to hop onto this year, but really any one I find will do! 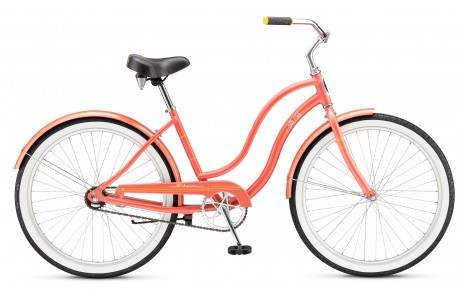 Isn’t this beauty an Instagram moment waiting to happen? It just screams sunshine and sherbet. I feel like everyone needs to have one of these Schwinn Slik Chiks to ride at the beach at dawn; on one of those bright, cool mornings that precede a scorcher day in the ocean.

You could also ride it alongside a fiercely green field of corn, or to the market to buy berries and flowers, or to sit outside and have a latte at a cozy coffeehouse. Basically, this bike makes me want to do beautiful things and document them all for posterity. 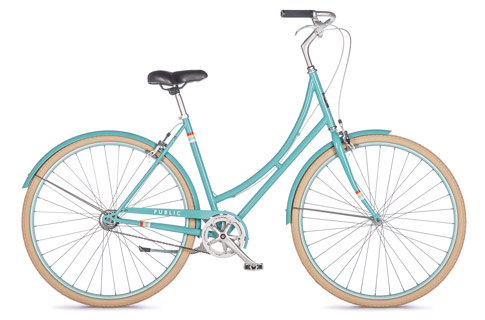 Along the same lines, this pretty one speed is meant for just cruising around on flat terrain… a little more of an urban feel. The PUBLIC C1 is on sale right now for just $299.

With its curved, open, step-through frame design, it is often referred to as a Dutch bike. It’s a time-tested classic metropolitan cruiser bike design seen commonly throughout Europe for decades. 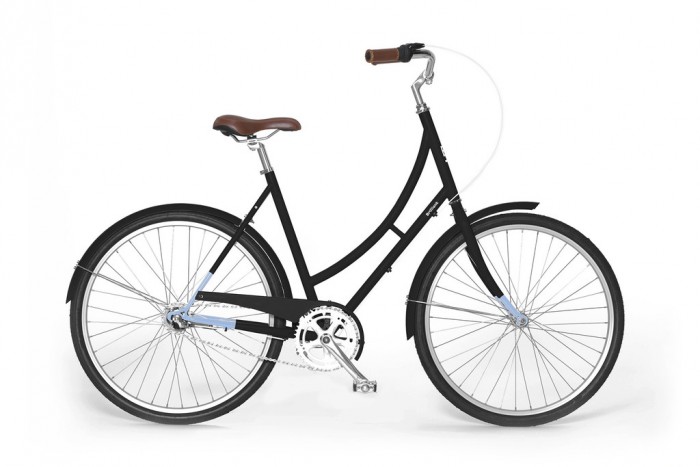 This genteel 3-speed bicycle is from Brilliant Bicycles. It’s the Mayfair and it looks perfect for easy breezy rides through city parks or from the library. It comes in a number of summery colors, but I’m smitten with this stately urban look.

Brilliant bikes are 100% handmade and shipped free directly to you (meaning no middleman). They start at $399 and are really just lovely— check ’em out.

Brilliant Bicycles are hand-crafted at a state-of-the-art, wind-powered manufacturing facility in Taiwan. We took great efforts to find manufacturing partners focused on ethical labor. All of our partners pay responsible wages with benefits in safe, clean working conditions. 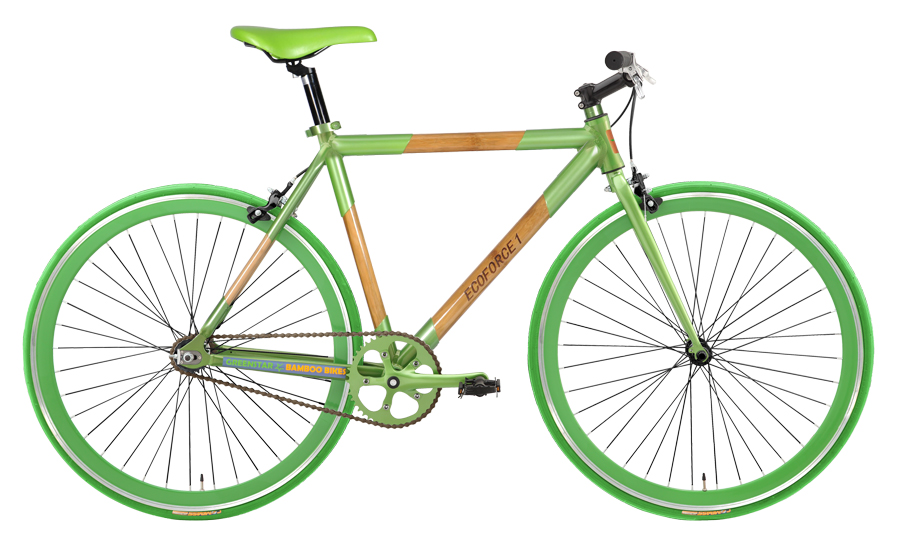 The attention grabbing EcoForce 1 from Greenstar Bikes has a frame made of bamboo: sturdy as steel, lightweight, sustainable. A hybrid is available this summer, but there aren’t details about that one on the site yet. This conversation kickstarter goes for $499.

The EcoForce 1 is a single speed bamboo road bike with a reversible rear hub that easily converts it to a fixed-gear bicycle or “fixie”. This affordable bamboo bike is super light: the frame weighs less than 4 pounds thanks to bamboo and our recycled 6061 aluminum lugs. The entire bamboo bicycle only weighs about 20 pounds. 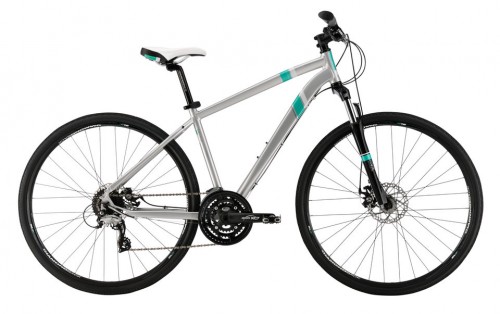 This bike is the most similar to the one I shared with my dad. It’s from Diamondback and suitable for both trail and road riding, but this one is designed for women. Calico Sport, $650. 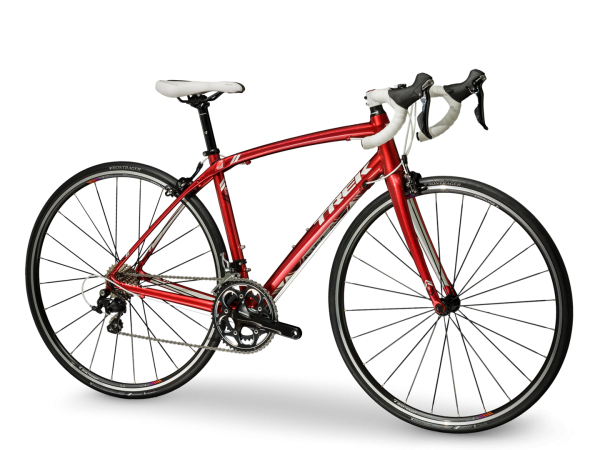 If I had the budget, I’d opt for this sexy beast and start triathlon training in earnest. Isn’t it beautiful? The Trek Lexa is an 11-speed road bike suitable for tris and designed for women. It’s listed at $1650 so I would HAVE to get my miles’ worth out of it.

When was the last time you were on a bike?

Where do you ride?