You are here: Home / Green Home & Garden / How Do You Improve the Clothespin? 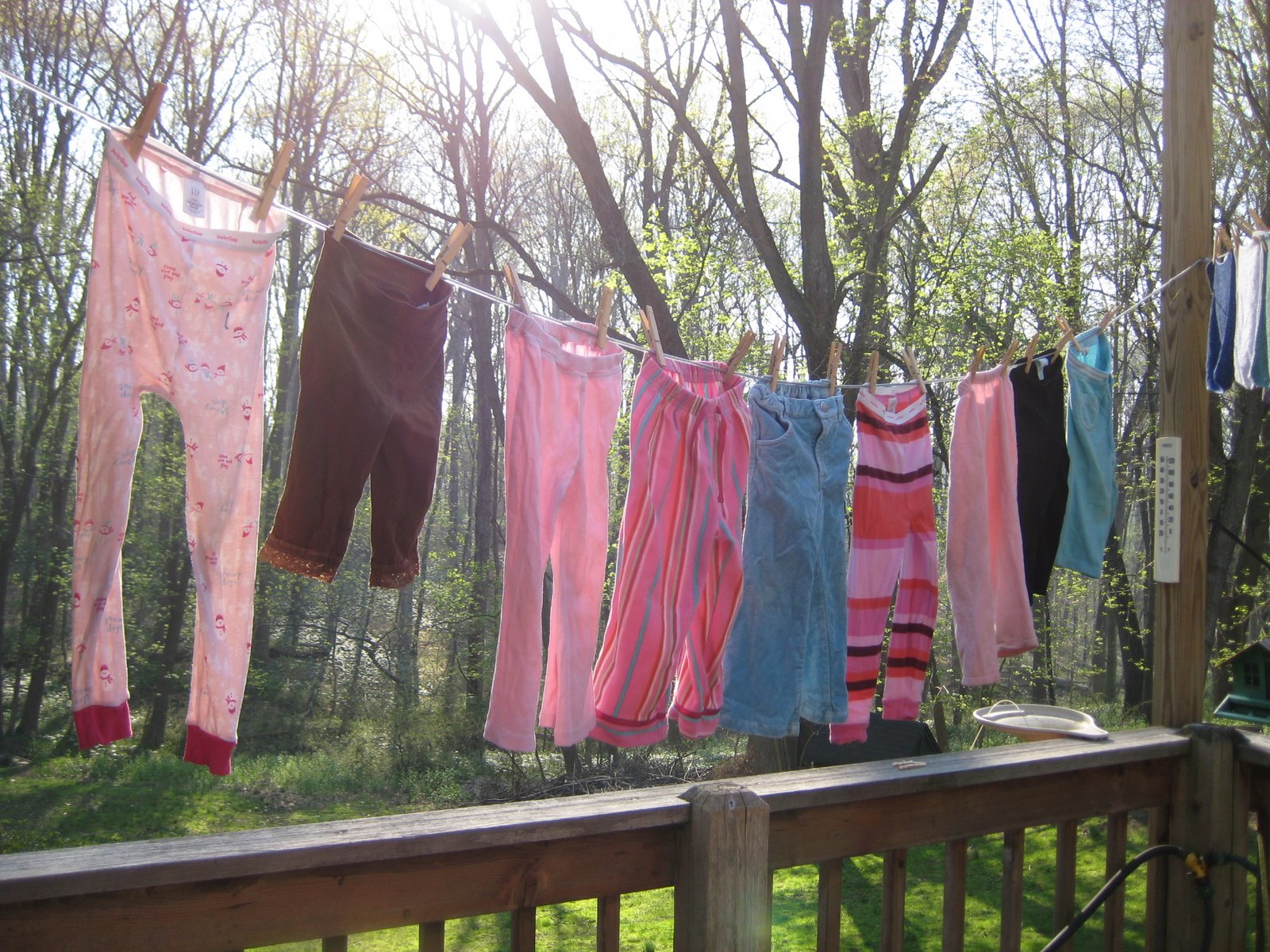 If a man write a better book, preach a better sermon,
or make a better mouse-trap than his neighbour,
tho’ he build his house in the woods,

the world will make a beaten path to his door.

I love when people look at things that have been good enough (yet not perfect) for forever, and figure out a way to think outside the box and improve on the design. I mean, a clothespin is a clothespin, right?

WRONG. As a line dryer I know that if you sling something over the line you get a fold mark and it takes forever to dry. If you use clothespins on delicate fabrics you get pin marks. My solution is to use hangers for tops & dresses, but if I’m dealing with a heavy or delicate fabric I get the fold line issue again (only now it’s a hanger line).

Scott Boocock came up with a simple solution, but that’s not the only awesome part of this story (reprinted with permission). Check it out:

A Qantas jet is flying 16,986 bags of Hegs clothespins directly from South Australia to Toronto tonight for distribution across Canada, the United States and Central America.

“I wish I was getting frequent flyer points for it,” says Scott Boocock, creator of the Heg clothespin.

It was a sixty-second idea, Boocock says. The innovation – putting a hook on each end of a clothespin – came about when he was trying to hang up his wife’s black dress on a sunny day.

“It had two straps on it. I thought, how am I gonna hang this up without any line marks, peg marks or sun marks. I worked out if I put a hook on it and market that worldwide, I’ve got it.”

The Heg has been thrust in to the spotlight after winning a Good Design Award last year, being featured on Shark Tank and being named one of the top ten products at a recent Housewares Show in Chicago.

“That’s why we’re shipping in to America now. It was a top ten product – that’s out of thousands of exhibitors with hundreds of products each. Our distributor in Chicago said they wanted them,” Boocock explains.

“We said great. We’ll send them by ship, 45 days. They said no, we can’t wait. They asked us to make them and fly them over as soon as possible. That’s thousands of bags containing hundreds of thousands of Hegs.”

North America is not the only country interested in Hegs.

The Heg was originally manufactured in China, but in the interests of quality control and helping local industry, the process now entirely takes place in South Australia.

“When we started, we wanted to make it in Australia. No questions. After a while, it became apparent that I couldn’t for price reasons. But I kept thinking there had to be a way.”

Boocock, who brands himself as the ‘Aussie Innovator’, spent twelve months working to return production to the country. By working on each individual element of the Heg rather than the final package, he managed to do it.

There are many advantages to Australian production. Quicker shipping times and excellent quality control are the biggest, Boocock says.

“We know what quality we’re getting here on a constant basis. They have ASO standards. With China, you just don’t know. You hope it’s the right product. But we can’t afford for that hinge to break. We can’t afford for there to be a bad quality on a batch of hooks and they break.

“When you get a batch, we’re talking about a million Hegs. A million. You don’t get a second chance at that. The other benefit is we can walk down and show the kids that it’s actually manufactured here.”

Hegs has also partnered with disability service provider Orana. Every Heg is assembled by their team of people.

“They’re great. It’s a great team there, a big part of our corporate social responsibility. They’re at different skill levels and that’s the best part. You can’t tell them to churn out one every second – it’s exciting to walk in there and see one person do it slower, another does it faster and another does it differently,” Boocock says.

“They’re meticulous. At the end of the day there has to be quality control, whoever you use. And we’ve got it with them. I would suggest any manufacturer use them.”

The Heg is patented in 44 countries worldwide. Hegs currently produces around 80,000 clothespins a day, more than 4,000 bags a day. The company is looking at producing up to 50 million Hegs in the next year.

“It’s an amazing story. It’s worldwide. In two hundred years the peg hasn’t been innovated. It’s gone from wood to plastic but not anything else. People are talking about it. I don’t think there’s been any clothespin in history that people have talked about,” Boocock says.

“It’s been a good journey.”

Love this story? Tell me why in the comments.