You are here: Home / Green Home & Garden / Have You Seen This? Assassin Bug 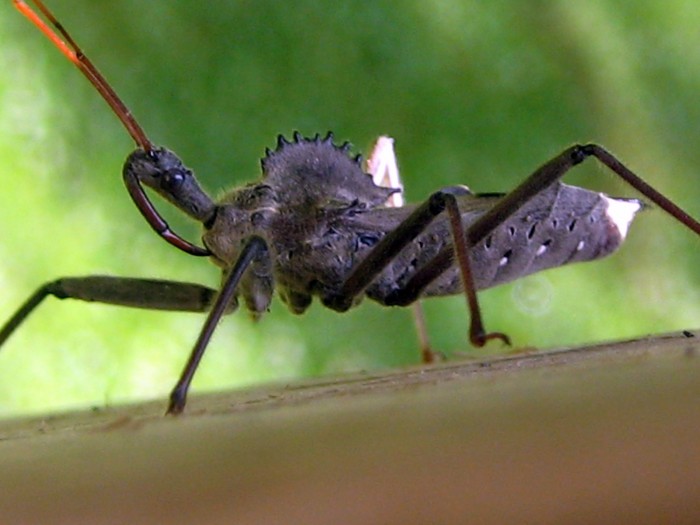 “Beware the Jabberwock, my son!
The jaws that bite, the claws that catch!
Beware the Jubjub bird, and shun
The frumious Bandersnatch!”

OK, this isn’t a Jabberwocky. It’s an assassin bug, and when I took this picture back in 2008 I’d never seen one before.

Since then, I’ve seen them here and there, and this year I’ve seen several, even though I no longer spend my mornings wandering around the yard looking for interesting things to photograph (though now I think about it, I probably should).

I don’t know that necessarily means there are more assassin bugs around than there used to be, but keep your eyes peeled, friends! You can find some sort of assassin bug pretty much anywhere in the United States and that beak he keeps tucked under his head bites.

An assassin bug will violently stab prey to death— it’s pretty neat to watch actually— and juveniles and mature assassins alike will reward you with a nasty, painful bite if you manhandle him. So don’t.