You are here: Home / Photography / It Rained for 8 Days and All I Got Was My Own Personal Rainbow 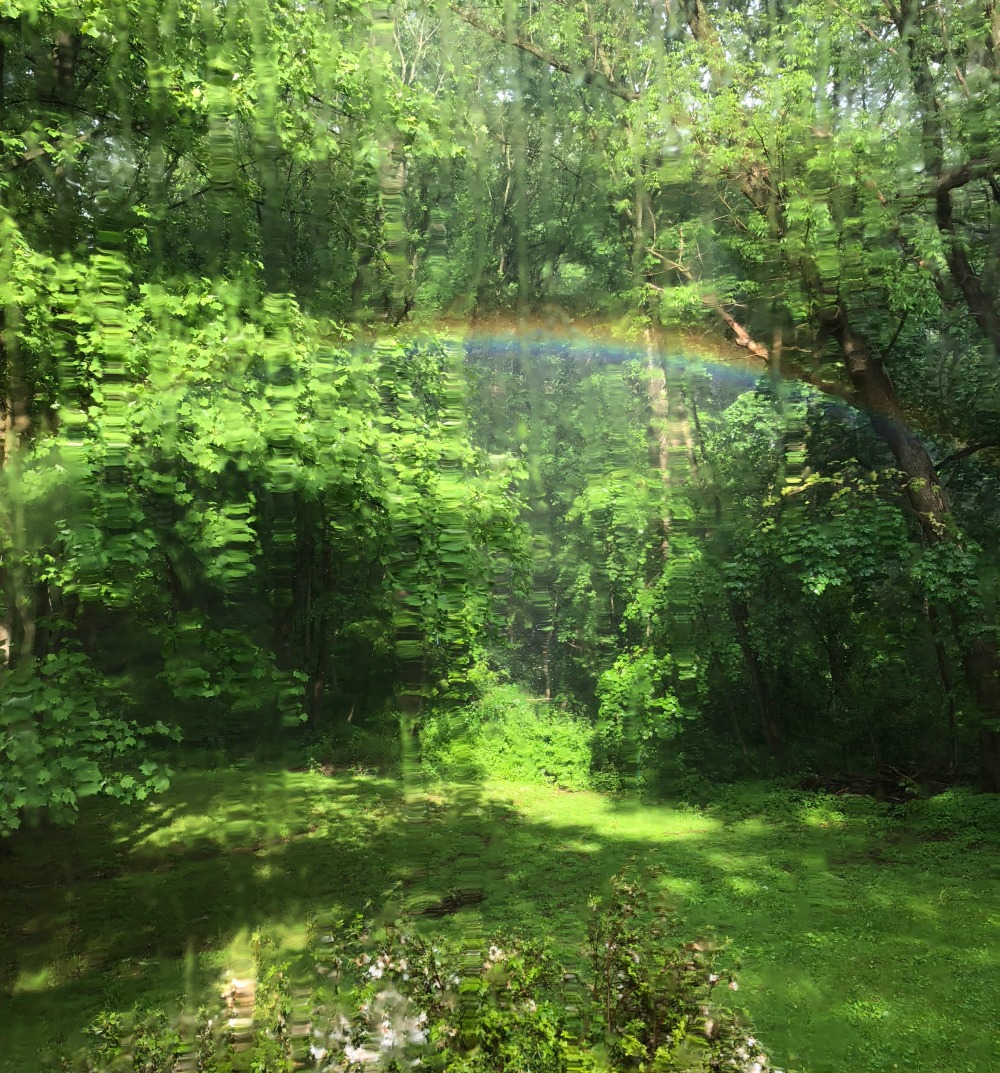 Hey window pane
Tell me, do you remember
How sweet it used to be

I haaaaaaate this time of year, when all it does is rain rain rain rain rain and the ground gets gross and saturated and you have to avoid worms on the sidewalk because even they can’t stand the rain. It’s basically been raining for as long as I can remember now and it only lets up long enough to warm up and pull all that moisture back out of the ground so we can get a thunderstorm as a change of pace.

When this happens, “I can’t stand the rain” plays on a constant loop in my head, although it tends to be the version from the movie The Commitments, and I kind of keep a wary eye on myself for odd behavior, like Jack Nicholson’s wife does on her husband early on in The Shining.

This particular week long stretch of liquid depression had a fairly impressive hailstorm involved, which took out all the flowering bushes that give me life after a long winter and provides our friendly rat snake a place to sun himself. There was also a lightning strike in our neighbor’s yard that raised all the hairs on my arms followed by a crack of thunder that left my ears ringing (that was pretty cool, actually, but probably caused me some more hearing damage and potentially could have killed me I guess).

After a couple of days of this, you start to become aware of how everything green is just going to EXPLODE once we get a dry spell, which would be exciting but you also have to worry about everyone being killed off by pollen. The pollen has been INSANE this year, which is likely related to climate change but we can talk about that in a less ridiculous post.

All week long, all around me, people have been posting these rainbow photos on Instagram and Facebook and I’ve been so jealous. I love rainbows and it’s been a long time since I’ve seen one. I’ve gone so far as to get in the car and go rainbow hunting but nada.

Last night we drove to the beach in the rain to ready it for the upcoming holiday weekend. I use the Waze app while driving, mostly for company but lately to alert me to the immense land crater potholes that have been cropping up everywhere, probably because of all the rain, and when I got close to the Delaware Memorial Bridge it warned me about a fog hazard.

That was a new one. But she wasn’t kidding around. For reference, the Delaware Memorial looks like this on a clear day: 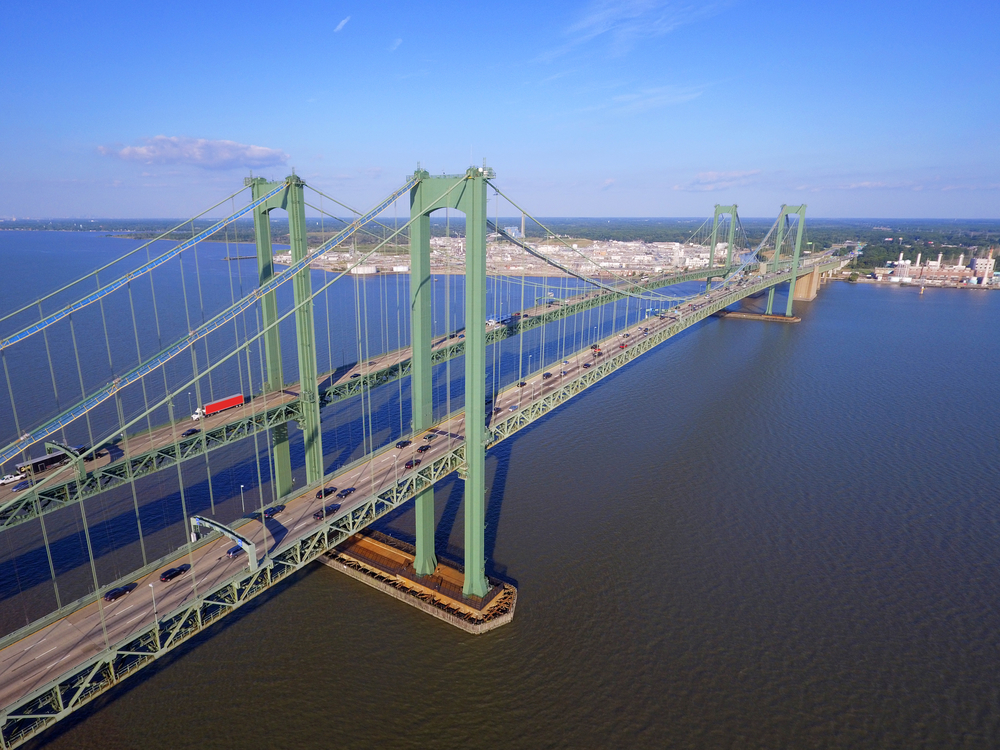 and yesterday it looked like this as you were ascending: 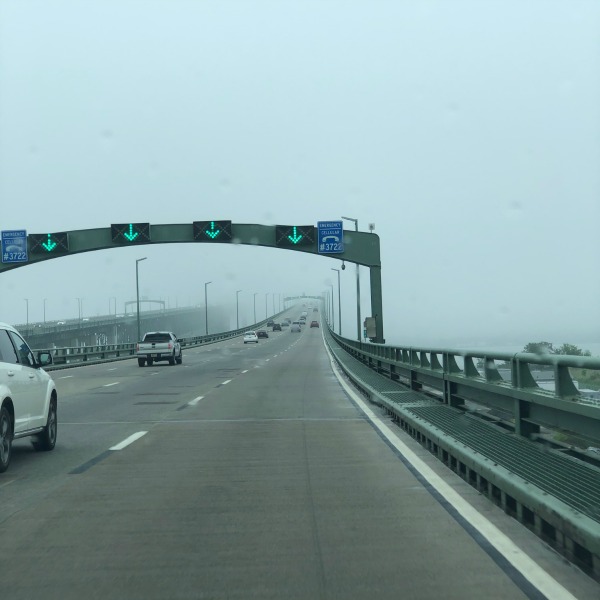 which was pretty nuts, that you couldn’t see the arches, but I HARDLY CALL THAT A TRAVEL HAZARD, WAZE.

Anyway, when I woke up THE SUN WAS OUT and I felt like a mole woman being let out into the light but we had to get back home to the kids.

On the drive back, it started to drizzle and I basically lost my mind. Heeeeeeere’s Johnny!

There was another stretch of sunshine, just enough to set off another fast and overly dramatic storm, but this time Jeff hollered for me to get outside because there was a rainbow stretching between the treetops in our backyard. And it was glorious. 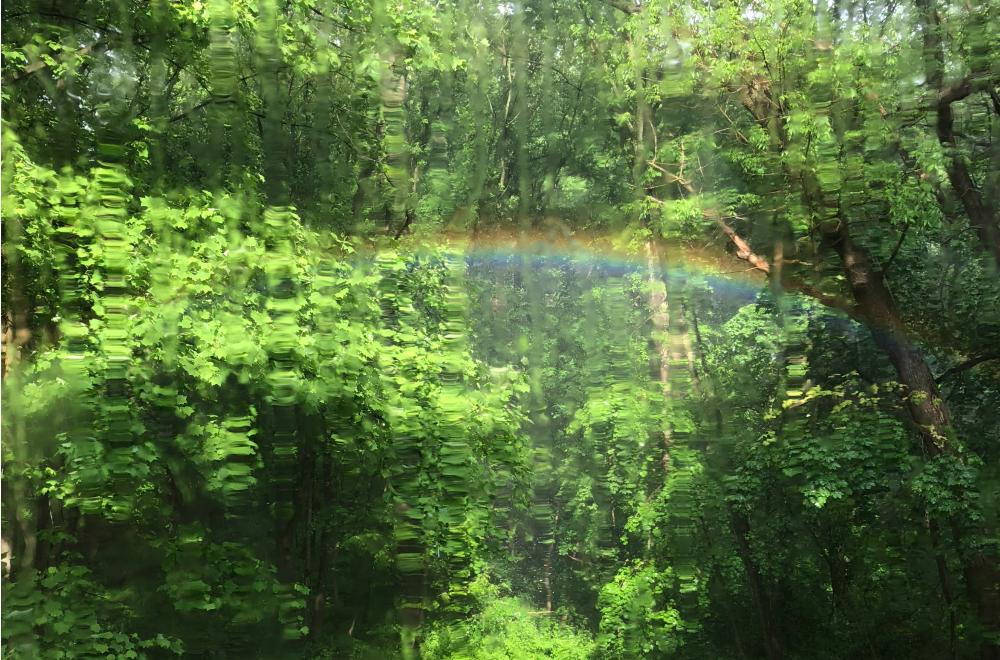 It was our own private rainbow, only visible from a certain vantage point that nobody else in the world has and only in existence for about a minute. This photo was shot through the kitchen window; by the time I got outside it was already starting to fade.

I feel like there’s some sort of beautiful metaphor there, about struggle and endurance and how fleeting perfect moments are, how privileged we are to get to experience them at all, and how you have to have open eyes and an adventurous heart so that you put yourself in their path and notice them as they’re happening.

But right now, as I listen to the rain tapping against my window, all I can think is keep your rainbows, I’d rather not have any more rain right now.

Please and thank you, amen.