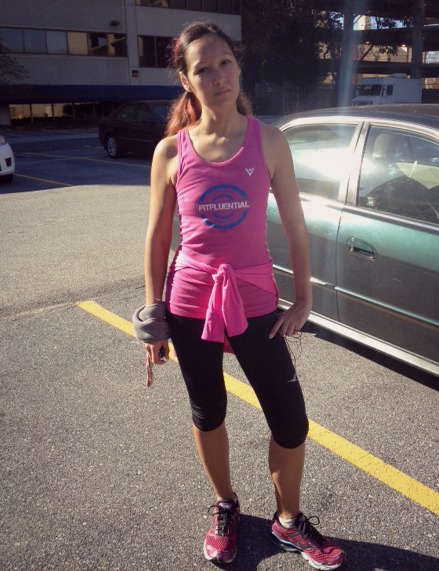 You are never too old to set another goal or to dream a new dream.

I don’t know. I feel sort of old to be starting all this; the running, the learning to swim, the itch at the back of mind that says maybe it’s not too late to take up skiing, rock climbing, tap dancing.

I find myself driving by CrossFit boxes… that aren’t even on my way home. (Brownie points to whoever identifies the movie reference.)

And although I deeply suspect I probably am too old… I’m going ahead anyway until somebody stops me. 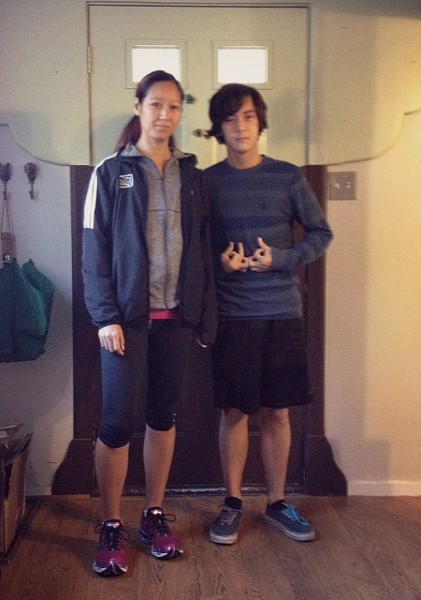 On Thanksgiving Jake and I ran a 5k for MS in downtown Wilmington; I’m going to call it a Turkey Trot although I don’t think it carried that specific moniker. It was sort of surreal to see all those people on a day where downtown would normally be a ghost town, even more so when Santa drove up on his Harley with the missus on the backseat. 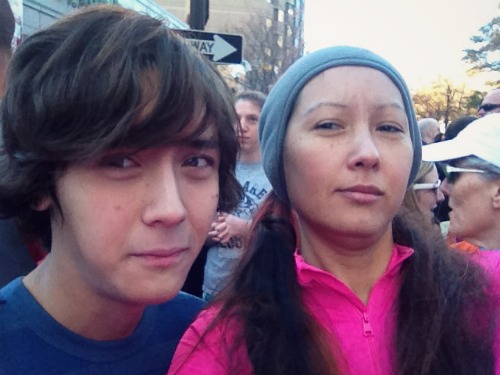 waiting to start. This pink top is also Reebok

It was hella cold. I was never so happy to be able to run and get warm.

It was fun to run through the streets I hadn’t seen in years, but this was no PR race for me. Jake had had a pretty bad head cold the week before; nosebleeds and swollen lymph nodes ever since. Although he hasn’t had an asthmatic episode in forever, hearing his breathing start to catch and wheeze scared the hell out of me, so I kept the pace slow and whenever he asked, we walked. Our gun time was something like 36:10.

*shrug* He only came along because he didn’t want me to have to go alone, I know that. I wasn’t about to leave him behind to walk alone.

So we had a lovely leisurely jog/run through the streets of my childhood and along the Brandywine. It was a lovely start to a family holiday. 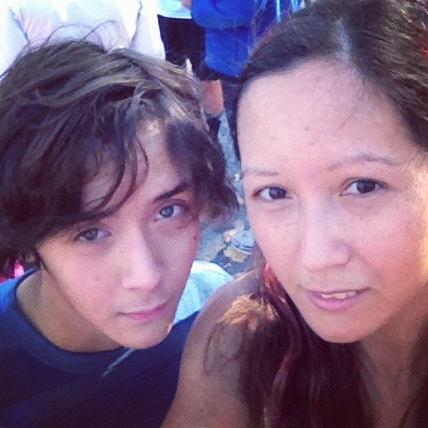 At the last 100 yards or so he hollered “YOLO!” and took off for the finish; like Cass, his top sprint beats the crap out of my top speed. He crossed several seconds ahead of me… brat.

Then we all showered and went out with friends for Thanksgiving dinner, where I pretty much ate my own weight in turkey and sweet potato. 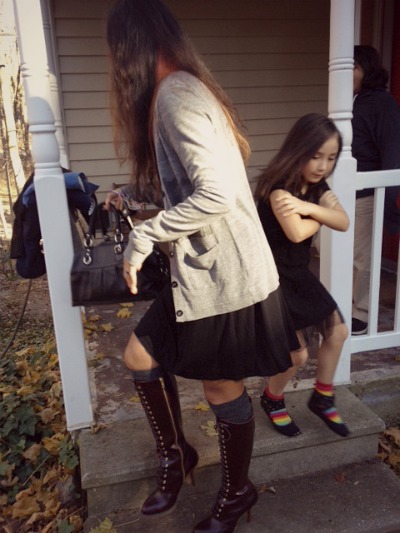 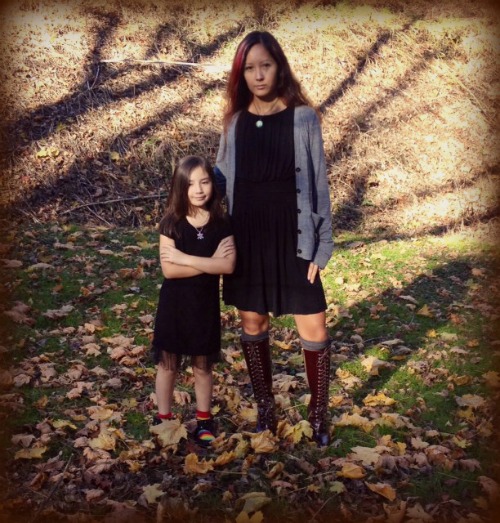 we clean up ok.

In other fitness news, Jacob recently got it into his head he wanted to learn to ice skate, so last weekend we took advantage of the university kids being away for the holiday and hit a pretty empty rink.

The kids were all pretty confident they’d pick up ice skating like it was no big thing. The moment when they stepped on the ice? Priceless.

I actually took ice skating lessons for years as a kid, but I’d gone my senior year in high school and found that ice skating strengthens specific muscles you don’t use on a daily basis. I walked in prepared to be humbled.  It came back to me pretty quickly, but my bum killed the next day.

Jake could skate passibly at the end of two hours. Mav could stay on his feet. Cass fell a lot, but that didn’t stop her from keepin’ on keepin’ on or from putting skates on her wish list when we got home. Love that all three of them can’t wait to go back and get better— rather than give up. 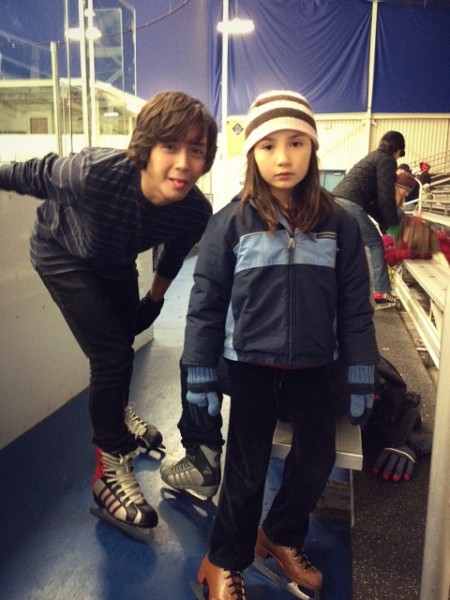 So I’m planning to run 13 races in 2013; I’m hoping at least one will be a half marathon. Hopefully it will keep me going steadily, so I don’t fall off the wagon in the cold months and the hot months. So far, I’ve got the Commitment Day 5k on New Year’s Day (in Philly, but these are happening in more than 30 cities across the country) and the Run to the Plunge in Lewes in February, which raises money for the Special Olympics (my friend Kelly talked me into this one and I’m sure I’ll be cursing her out the whole time).

I had hoped to run the Princess Half at Disney in February, but that sold out before Jeff gave me the OK to go away that weekend. Bummer. Maybe in 2014. 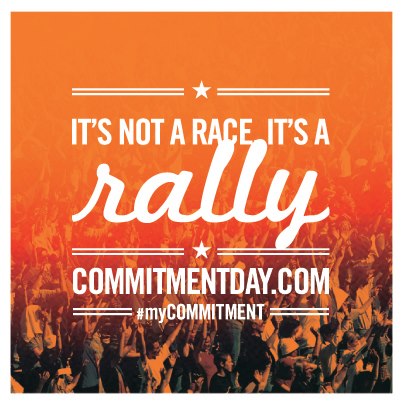 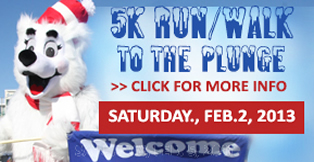 And…. I think I’ve bored you enough for now 🙂

I’m getting after it. I’m staying active in as many ways as I can, in the time I have.