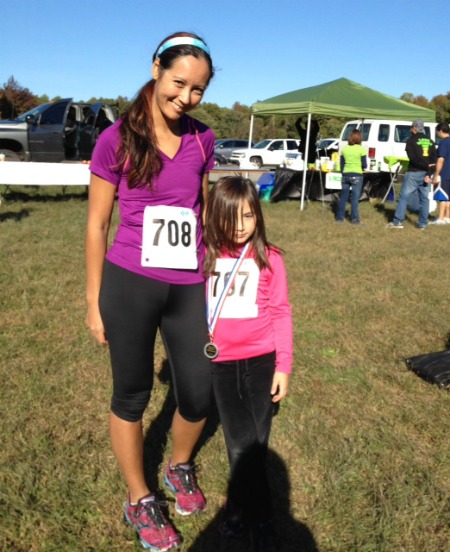 I’ve wanted to win at everything, every day, since I was a kid.

And time doesn’t change a person,
it just helps you get a handle on who you are.
Even at age 41, I still hate losing—
I’m just more gracious about it.

I’m also aware that setbacks have an upside; they fuel new dreams.

Remember how I was planning to beat my 5k time after that failed West Chester race?

Yeah, it didn’t quite happen that way.

The plan was for Cass to run the 1-miler at the YMCA Highmark Family Fun Day, and for my sister-in-law to hang out with her while I raced the 5k (there was plenty for kids to do; bouncy houses and face painting and whatnot).

My SIL wasn’t feeling well that day; she gets an automatic pass because the lady is pregnant with my second niece. I waffled about just going by myself so I could run, or taking Cass so she could run. Cass wanted to run, so that was that.

First, though, she played a pretty fierce soccer game, scoring a goal while she was playing defense. Pretty impressive, that. (We’ll ignore the fact that she then got scored on twice while she was busy celebrating her goal.) Whatever, they still won by a large margin and the team is still undefeated for the season. What happened here? At some point these kids learned to play some serious soccer.

I made Maverick come to the Family Fun Day too (Jake had a soccer game), figuring I’d scope the 5k course out. If I wasn’t going to be out of sight for too long, I’d let the kid sit and cheer on runners. (Really, at 12 and 8 I think they’re fine without my eyes clamped on them for a little bit, but I’d rather not get called out for neglect or anything.)

We got there too late for the mile fun run (or so I thought. Turns out I had misread the flyer. Also, Lums Pond is very well hidden) so I asked the kids if they wanted to do the 5k.

Cass said YES. Mav said NO. He was in jeans and wasn’t wearing socks. But a little wheedling and a reminder that the race raised money for the Y had him reluctantly pinning on his bib.

I had thought that Cass would just want to walk with Maverick, but I was wrong. Girlfriend does not play halfway. She was there to run.

She’s little, of course, short legs, so I loped along at an easy pace and she ran. To the delight and cheers of everyone around her. One woman exclaimed how she “ran like a runner“— her legs were always flying as though she was going at mach speed.  “707, you’re my hero! Keep going!” another guy hollered. I love race volunteers.

When we were able to see the halfway turnaround, I placed her at the side of the road and told her to hang on, I’d be right back. My intention was to give her a break and I’d make up a little time. That was a bad idea; she was totally insulted and I would up waiting as she went and ran the missed ground.

We stopped at the water stations, both of them, long enough for a drink, and we walked a couple of times on the hills. I told her when the finish line came into view I was going to run for it, and she said OK. And when it loomed near, I started running…

…only to hear someone huffing and puffing her way up on my left. And here’s Cass, not willing to be left behind. I slowed to let her pull even, then had the thought that we’d cross the line together, maybe holding hands. You know, for the photographer.

Cass had other plans. Coming down that last .10 of the course, she put on her speedy feet and fierce face, and even though I’d been running easy for the last 3 miles— dude, I couldn’t catch her. Her top speed beats the crap out of my top speed. She finished strong. She finished before me. She won, even if she was only competing against me. 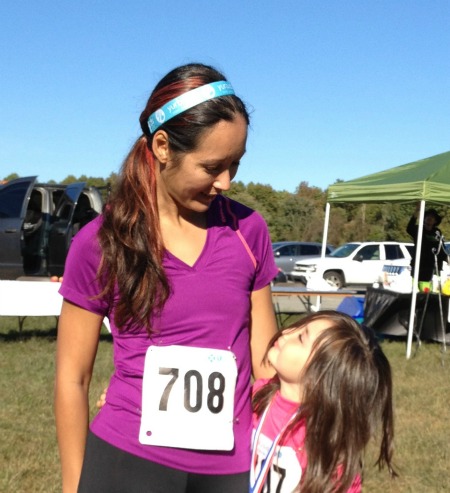 I’ve been anxiously stalking the Races2Run and YMCA sites waiting for photos, because I know that one has to be awesome. Her charging down the line, and me laughing my ass off just behind her trying to catch up.

I didn’t beat my time, but that’s OK. I got beat by my daughter and that makes it totally worth it.

She ran for the sheer joy of it. For the badassery of the thing. Fitness is her sport.

Then we walked back to where Maverick was, and walked him in. Eating our post-race snack, he showed us the blisters he’d earned and complained about his ill-fitting brokedown shoes.

Karma rewarded his hard work; he won a $100 gift card to New Balance in the raffle (and I won a one-hour massage, whoop whoop!). We went tonight to redeem his card, and I was actually able to buy him AND Cass new kicks AND some socks all around. He is now motivated to run in his new shoes. AWESOME, y’all. 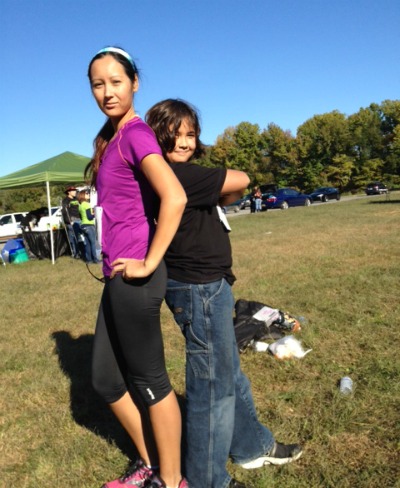 And Cass placed 2nd in the under 13 age group for the race. I was totally unprepared for that, so I didn’t get a picture of the awarding of the medal (again, anxiously awaiting official photos to be posted). She has a TON of various medals from all the sports she’s played over the years, but this one was EARNED and I’m pretty sure she felt the difference. 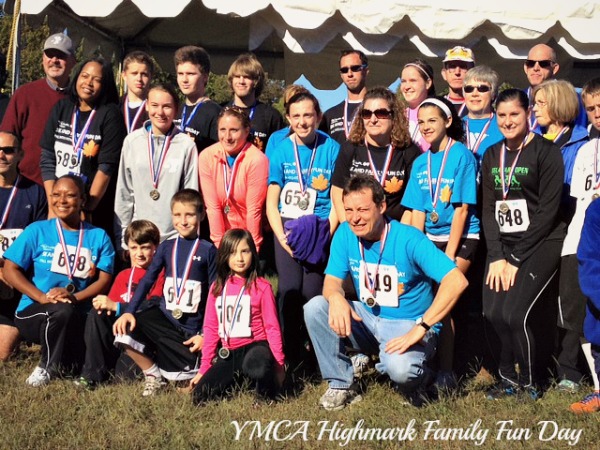 All in all, sooooo freaking proud of my kids. Can’t wait to do it again. YMCA races are boss. 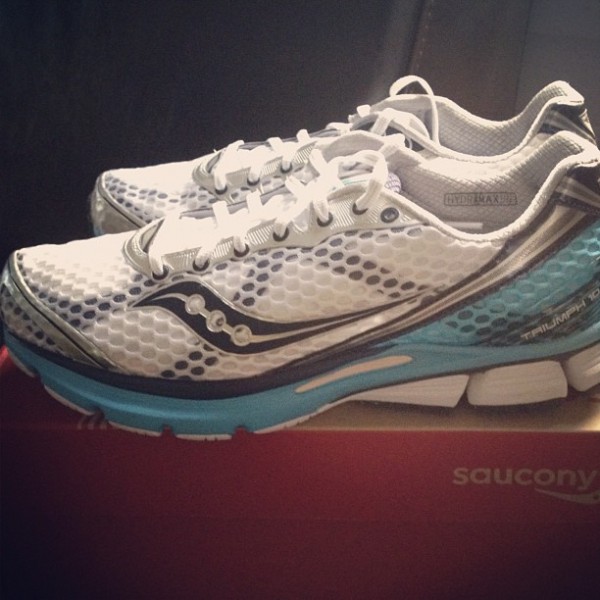 I had them out on that quick two mile test run, but that wasn’t enough to give a good assessment so you’ll have to wait for my total non-expert opinion of the Saucony Triumph 10.

And that’s about it. Well, not really, but I’m all talked out for now.

What did you do for your body this week?