You are here: Home / Everything Else / Weekend Reading 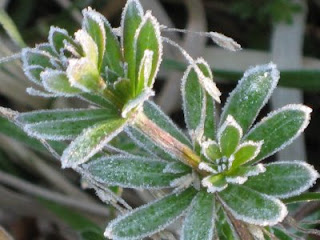 What was the worst toy of the year? It’s so hard to choose just one! I think I would go with the FurReal Friend Biscuit My Lovin’ Pup. Sitting at 21 inches high and requiring 6 D batteries, animatronic Biscuit defies all the gentle simplicity of the inexpensive book series and sells at a suggested retail price of $199. I don’t care how many commands that dog responds to (looks like six), I can adopt a REAL LIFE DOG for two hundred bucks. 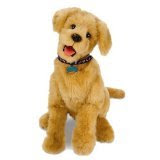 Notice I don’t link directly to Amazon here (athough they do get the photo credit).
That’s because I don’t want anybody getting any funny ideas!

Rant aside, Biscuit didn’t make the cut for the worst toy of 2008. Check out which toys did and vote for the very worst of the worst! ( Let me know which one you chose!)

“In 1916, with the First World War looming imminently on the horizon, the leaders of America’s major civic organizations launched an ambitious education campaign designed to ready the American public for a wartime economy. Dubbed “National Thrift Week” and sponsored primarily by the Young Men’s Christian Association (Y.M.C.A.), the campaign became a recurring celebration, beginning each year on January 17, in honor of the birthday of Benjamin Franklin, the “American apostle of thrift.”

I love this concept of Thrift Week, especially when “thrift” is taken into context as a derivative of “to thrive”. Green living and thriftiness go hand-in-hand; it’s all about not being wasteful, avoiding overconsuming, making mindful decisions, and fully maximizing and appreciating what you have.

If you also support the notion of a campaign for public education of thrift and personal finance, click on over here for some action points.

The most horrifying thing I’ve read in a while: Eight year old kids can identify 25 percent more Pokemon characters than wildlife species. Now, this statistic is dated 2002, which was the absolute height of Pokemania (at least in my house). What do you think the kids would be asked to name today? Harry Potter characters? Spongebob episodes?

Definitely check that article out, it’s chock full of interesting facts about children’s relationships with nature.

Factoring out other variables, studies of students in California and nationwide show that schools that use outdoor classrooms and other forms of nature-based experiential education produce significant student gains in social studies, science, language arts, and math. One recent study found that students in outdoor science programs improved their science testing scores by 27 percent. (American Institutes for Research, 2005)

Not eco-related in any way: How cool is this bedside table lamp? 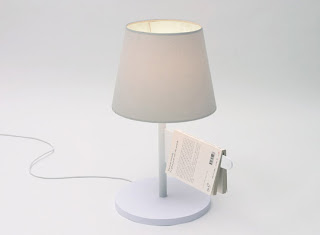 Only a prototype at present, alas.
I have begun dropping subtle hints; any bets on how long it takes before Jeff gives in and makes me one?

Russ Edelman writes over at the Huffington Post on Change- A Call to Action For All of Us; pointing out that having inspiring, game-changing leadership is only half the story. The other half, the working half, is the execution of the change by the people.

What I love love love about this article is the list of how to start:

1. Speak Up when you can make a difference! (Those who know me know I champion speaking up even when you can’t!)
2. Confront Situations you would otherwise avoid!
3. Expect Results from yourself and others!
4. Now is the time to Be Bold!

Finally, since I’ve decided I like closing with videos: vintage NWF Public Service Announcements featuring the Muppets! (Email subscribers, you know the drill, click through to the site to view video.)

Enjoy the rest of your weekend!