You are here: Home / Conscious Consumerism: Shopping & Reviews / When I Was Your Age, We Had 8 Channels: Boob Tube Nostalgia and a Netflix Giveaway 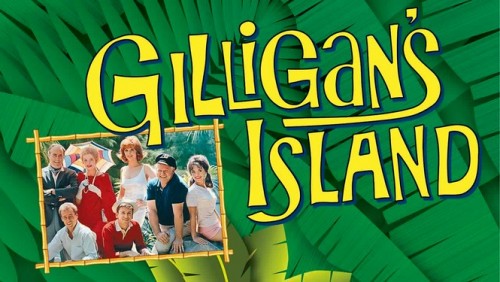 how sad and bad and mad it was
but then, how it was sweet

My nine-year-old is hooked on Gilligan’s Island.

I thought it was funny when I was a kid, I guess. I certainly watched a lot of it, on summer days and when I was home sick from school. You didn’t have a lot of choice, back then; I had channels 3, 6, 10, 12, 17, 23, 29 and 57. That was it. During the day at least half of those were judge shows, talk shows or soap operas. We all watched the same sitcoms; we all share that cultural heritage.

Back to Gilligan: the episodes drive me nuts now. I understand, rationally, that it’s an important device to drive the plot and keep them on the island, but good lord Gilligan is dumb. Maddeningly dumb. How could anyone so dumb be trusted with people’s lives on a tour ship? It was just a matter a time before the Minnow was lost.

To prove to the kids (and to my own memory) that not every show I liked as a child was insipid nonsense, I’ve been revisiting some on Netflix with them. (We have a Netflix streaming subscription as part of our participation in the Stream Team.) Right now, we’re making our way through The Wonder Years, which is just as funny and sweet as I recalled. Sometimes it’s really sad, too, something I don’t think I picked up then.

We’ve also made our way through Malcolm in the Middle, which is every bit as good as I remember if not even better. Cass discovered the Mighty Morphin Power Rangers, The Smurfs and Garfield & Friends on her own (in my defense: I did not like any of those, myself. But Cass sure does.)

When we’re done with those, we’ve can stream:

You can also get Thundercats, The Greatest American Hero, Three’s Company, Wonder Woman, Perfect Strangers, Sledgehammer!, Parker Lewis Can’t Lose, The Cosby Show and The Tick on disc. Small Wonder is available too, if you wanted to check and see if it was as bizarre as you remembered.

Seriously, (cough other than Doctor Who and Sherlock), who needs cable? Netflix has everything I need except Bill Nye the Science Guy! (Hey Netflix, my birthday is in October, that would be the most awesome present ever!)

If you’re like me and filling the void until new episodes of Sherlock and Doctor Who start back up, or want to share those old favorites with your kids, or heck just want to rewatch them yourself— Netflix is offering one reader a three-month subscription! Enter via the Rafflecopter widget below. You could totally make Shrinky Dinks or eat homemade Jell-o Pudding Pops while you’re at it (here”s the recipe).

I’ll choose a winner at noon on April 30th.