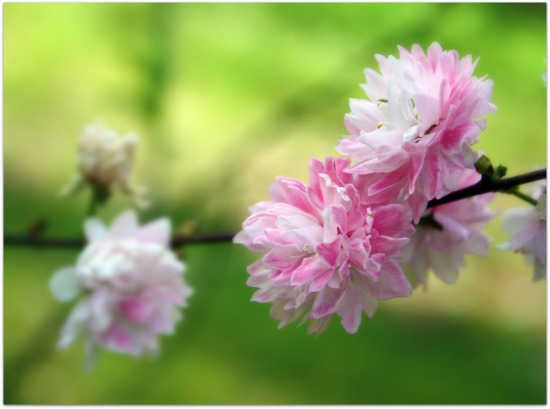 There was actually a whole lot out there this week, once you waded through all the Royal Wedding & Bin Laden headlines. I’ve held some in reserve to flesh out into full posts because I had stuff to say about them, but here are 7 of my favorite links from the past 7 days:

Proposed principles on what is allowed to be marketed to your kids are open to comment until May 24, but not scheduled to go into effect until 2016. Principle A states that child-targeted marketing must be applied to foods that contribute to a healthy diet, and contain at least one of specified food groups. On the flip side, Principle B states that the food can not contain more than specified amount of unhealthy elements (trans fats, sugars, etc).

The problem is this: “The proposed voluntary principles are designed to encourage stronger and more meaningful self-regulation by the food industry and to support parents’ efforts to get their kids to eat healthier foods.”

Voluntary, self-regulated, and the blame still quietly rests entirely on parents’ shoulders. When are we really going to hold companies accountable for messing with our kids’ heads?

A (very small) study found that boys consumed more calories over the course of the day (163 on average) when they played video games for an hour rather than just laying around for an hour. Since there was no reported increase in hunger, the theory is that video games may cause a “mental-stress effect” and the food acts to self-soothe.

163 doesn’t seem like a lot, until you take into account that most kids spend more than an hour interacting with a screen, often snacking at the same time.

3. How Do We Prepare Kids for Jobs We Can’t Imagine Yet? Teach Imagination

This is my big thing about traditional schooling: it doesn’t teach you to love learning, or how to learn on your own. Those who went on to think out of the box and become wildly creative & successful, did so in spite of their education, not because of it.

“When you were a kid, could you, your teachers, or your parents imagine your current job? Plenty of us go to work every day in careers that didn’t exist when we were in grade school. How can schools set the next generation up for success when we don’t have a clear picture of what the jobs of the future will be? The growing consensus is that we need to shift schools toward to fostering creativity and conceptual thinking abilities…”

The question is, how?

Related topic: a few weeks back I highlighted The Creativity Crisis, which mentioned that NASA and Boeing now look for ideal candidates who have education or experience in “hands-on” fields such music, sculpture, or auto mechanics. The problem, they say, is that “recent graduates can technically render in two dimensions but can no longer think in three.”

I’ve seen this discussed before, and I think it’s fascinating. Your brain knows you are happy when you smile broadly, and smiling/happiness is something that is universally recognized across cultures. We also reflexively mirror other people’s smiles when we see them. When you’ve paralyzed your face muscles with toxins, your face can’t perform these actions and therefore your brain neither recognizes other people’s happiness nor registers your own.

Are happiness and empathy something worth giving up just to erase a few years from your face (only to have them, depressingly, return after it wears off)? I hope I don’t know anyone who answers that question yes.

5. Your Heart Can Sync With a Loved One’s

All those love songs are on to something: two hearts can beat as one. Watching a relative or friend walk over hot coals at a fire walking ritual, spectator’s hearts followed similar patterns as the firewalker. This phenomenon did not occur with audience members who were strangers.

“Anthropologists have long appreciated that ritual binds people together, but it is unclear how this bonding is achieved,” said Sosis, an anthropologist at the University of Connecticut…The discovery that people’s hearts can harmonize solely on visual or auditory information reinforces a law of nature.

This strikes me as so beautiful for reasons I cannot quite articulate.

7. Bill Murray As FDR: Star Signs On For ‘Hyde Park On The Hudson’

I love Bill Murray. I love FDR. That is all.

Thinking about seeing the movie Thor? Better watch this first:

Your turn! What good stuff did you read this week?